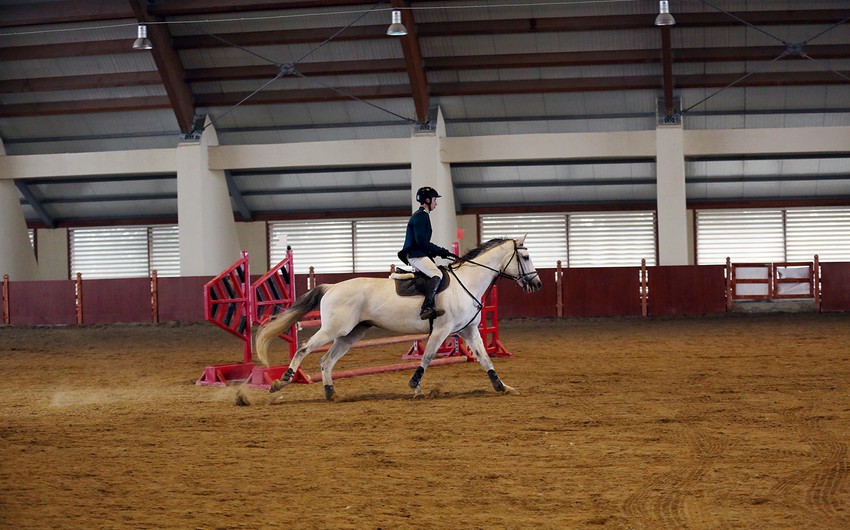 First, athletes under the age of 20 took part in competition with obstacles at the height of 80-85 cm in the category E.The first two places were taken by representatives of the Equestrian School under the Ministry of Youth and Sports.Samad Aliverdiyev took first place with a horse named "Tibet" and Ramil Ibrahimov took the second place with horse "Light Limerick". Dunyamali Gurbanbeyov, a member of the "Serhedchi" Equestrian Sports Club, won third place with horse named "David".

14 athletes participated in the M * category race with a height of 120-125 cm. As a result member of "Murad" Equestrian Sports Club Kerim Abdullayev won first place with the horse "Clima".

16 riders took part in S * category race with the height of the obstacles of 130 to 140 cm. Seid Muayev, the representative of the "Serhedchi" Sports Club, has won the first place with horse "Nabab De Belou".

Notably, the tournament with prize fund of 5,000 AZN ends on February 11 with team competitions.