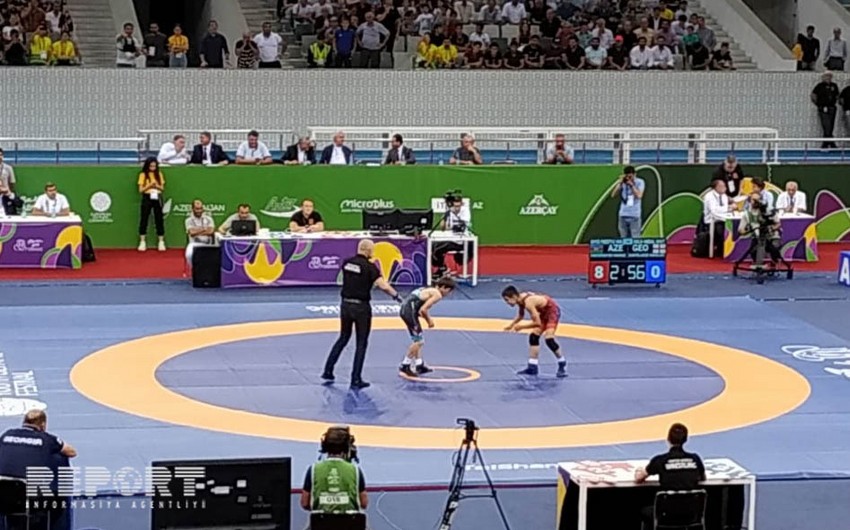 Sadigli secured the gold medal thanks to a victory over the representative of Turkey Umut Coban.

The 15th Summer European Youth Olympic Festival is being held in Baku from July 21-27. The event brings together 3,900 athletes from 48 countries who contest 135 sets of medals at 12 sports facilities.

He secured the title after defeating Georgian rival Nikolozi Santeladze 11-4.