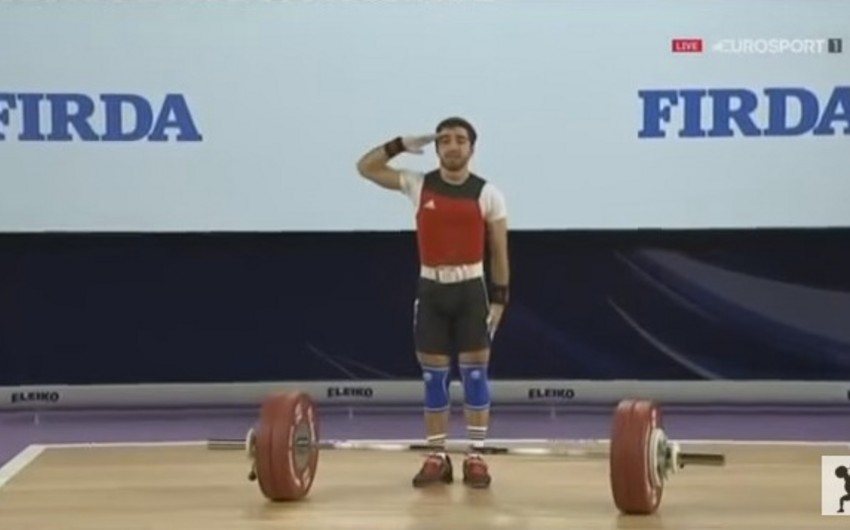 Report informs, in the first day of the competition, Elmar Aliyev, one of members of Azerbaijani national team has won a medal. Aliyev, 56 kg, lifted snatch, total of three and was 8th with 102 kg. In the clean and jerk, firstly, lifted 130 kg, then 133 kg and 136 kg at the end.

In clean and jerk, Aliyev saluted after successfully lifting 136 kg. Thus, he commemorated the martyrs killed during frontline battles and expressed respect to them.

Notably, Elmar Aliyev is a member of the Central Army Sports Club in Azerbaijan.