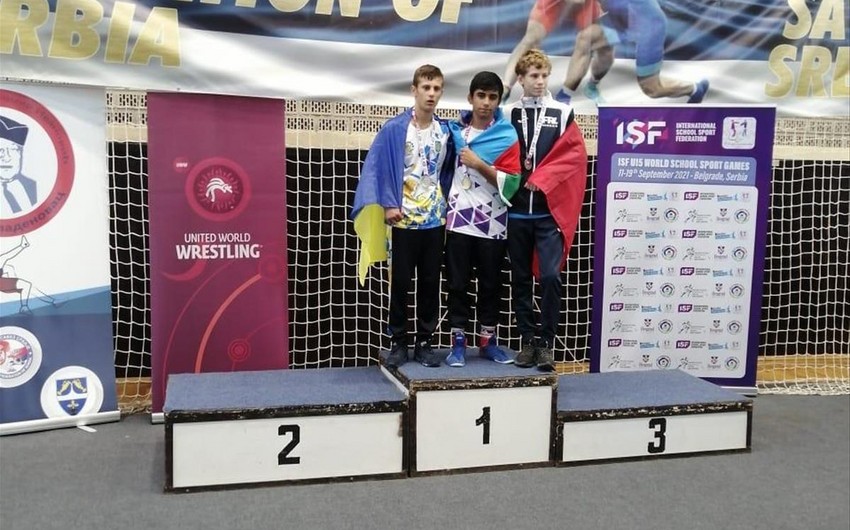 Report informs, citing the press service of the Ministry of Youth and Sports, that following the Azerbaijani schoolchildren who won medals in karate, judo and taekwondo competitions, wrestlers also brought awards to the team.