Azerbaijani coach: I am more helpful for my nation staying in Russia

Azerbaijani coach: I am more helpful for my nation staying in Russia 'The fact that 10,000 people engaged in judo is really encouraging' 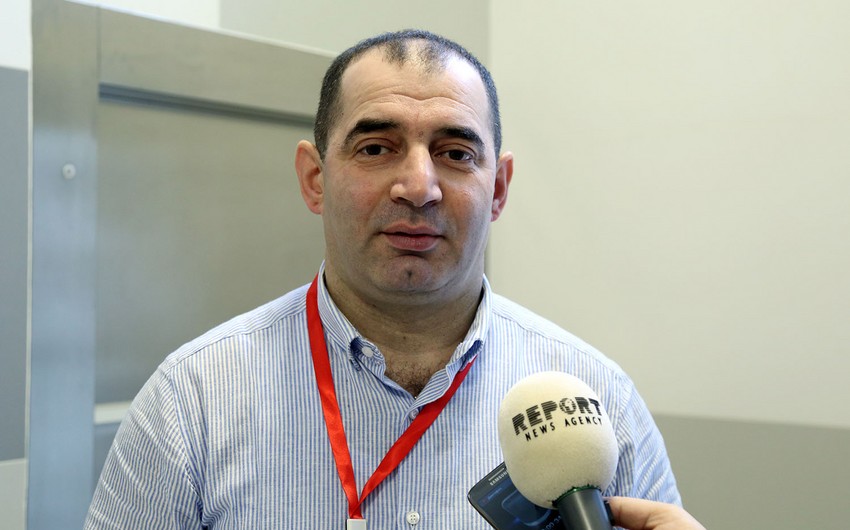 Experienced specialist attending seminar for referees and coaches under the auspices of International Judo Federation (IJF) held in Baku, talked about current developments in the sport. Calling two silver medals in ‘Rio-2016’ a big achievement, E.Gurbanov told that achievements will continue, as this sport is developing in Azerbaijan: “In year 2009 we were in Podolsk training camp. Russian and Azerbaijani national football teams were playing in World Cup qualification match. Azerbaijan lost the game 0:2. Russians told it me, we joked a little. I told that football is rather a show, than a sport. I told that after collapse of Soviet Union, Azerbaijan brought up two Olympic champions like Nazim Huseynov and Elnur Mammadli, but you don’t have. Of course, they won 3 gold medals in 2012 London Olympic Games. But today I look into protocols of Azerbaijan championships and see 40-50 young people fighting in each weight category. Where is competition, there will grow good sportsmen. Everybody wants to go forward, to promote his country. When we look to rankings in all weight categories, we see Azerbaijani sportsmen in top ten”.

The specialist with Azerbaijani origin told that he was happy hearing statistical figures announced at opening of IJF seminar: “Azerbaijan is a small country. There are about 10 million people. Russia’s population is 140 million. President of Azerbaijan Judo Federation Rovnag Abdullayev told that 10,000 young people are engaged in judo. It is really encouraging. This figure in Russia is 20,000.

Stating that he hasn’t got any invitation from Azerbaijan, the specialist told that he wants to continue working in Russia: “I have built my business, I want to continue there. I think I am more helpful for my nation staying in Russia”.