Azad Rahimov: We are waiting for medals in new sports from Azerbaijani sportsmen

Azad Rahimov: We are waiting for medals in new sports from Azerbaijani sportsmen "We are pleased that the new sports are developing" 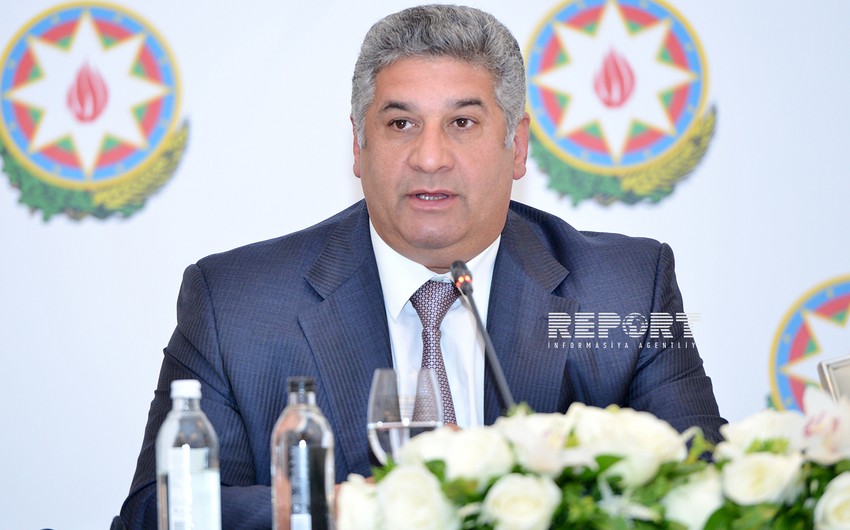 Report informs, it was stated by the Minister of Youth and Sports Azad Rahimov.

According to him, in comparison with the London 2012 Olympics, an even greater number of athletes will leave for Rio 2016. "The main thing is that as in every competition, licenses won in new types of sports. I would like to point out triathlon, bike track, canoe slalom. We are pleased that new sports are developing."

According to the minister, the new medals they expect from the athletes who will take part in kayaking competitions, canoeing, as well as from triathlete Rostislav Pevtsov: "Competition on kayak and canoe will be conducted in distance of sprint.Here much depends on the athlete.It is possible that we will win a medal. Triathlete Pevtsov is very interesting athlete. At the First European Games in Baku we did not expect from him results. While he was at the preparatory stage, he managed to win the bronze medal. The Olympics is a competition where there is a lot of surprises."