Albert Woods: Azerbaijani President pays special attention to construction of rowing canals in Baku 'This is good news for us and we will try to spread it within our powers' 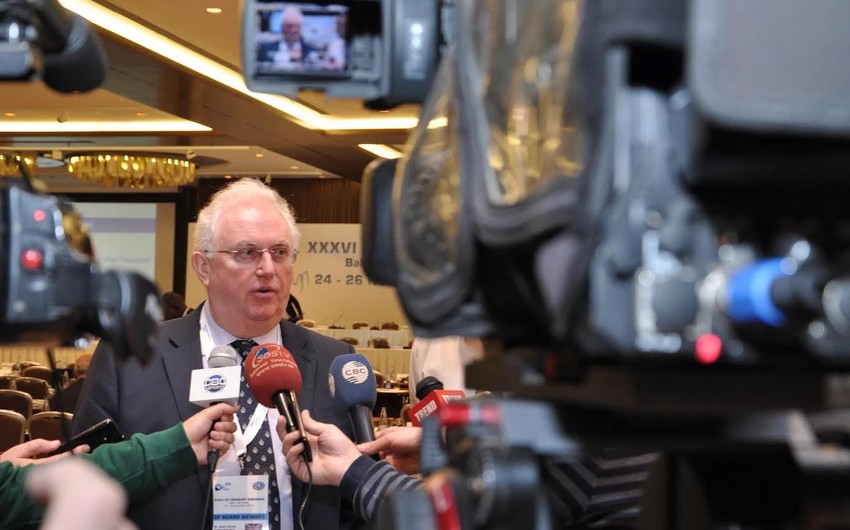 Baku. 25 November. REPORT.AZ/ "We have friendly relations with Azerbaijan for a long time. I also took part in Baku 2015 first European Games. I was a member of the Coordination Commission. Kayak and canoe races in Mingachevir were successfully held."

Report informs, President of the European Canoe Association, Albert Woods told reporters at the XXXVI Congress of the International Canoe Federation in Baku.

Speaking about high level organization of the Congress, A.Woods stressed great attention to the development of rowing types in Azerbaijan: "Support by the Azerbaijani government, Ministry of Youth and Sports, as well as Azerbaijan National Rowing Federation is estimable. Azerbaijani President Mr. Ilham Aliyev has received us in Baku. The head of state pays special attention to construction of rowing canals in the capital. This is good news for us and we will try to spread it within our powers. Azerbaijani head of state, National Olympic Committee President Ilham Aliyev, Youth and Sports Minister Azad Rahimov give great attention, support to canoe types and to sports, in general. It is very gratifying for us."

Notably, however, "Kur" Olympic Training Sport Center acts in Mingachevir, there is no such a possibility for rowing training in Baku.