56 athletes and 3 judges will present Azerbaijan in Rio 2016 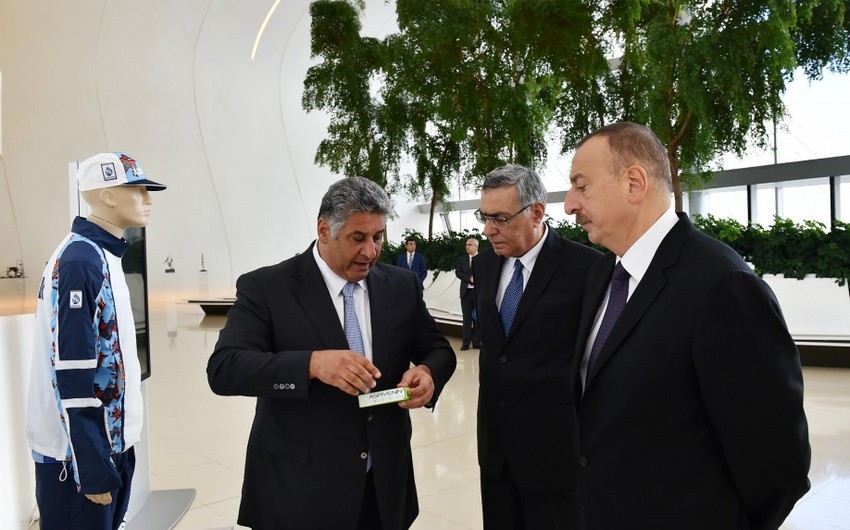 Baku. 18 July. REPORT.AZ/ Azerbaijan will present 56 athletes in 18 sports at the Summer Olympics  in Rio de Janeiro in 2016.

Report informs, Minister of Youth and Sport Azad Rahimov said at the official farewell ceremony of the Azerbaijani delegation to attend the XXXI Summer Olympic Games.

According to the minister, for the first time Azerbaijan will be represented in 4 sports. Stating that the team consists mainly of titled sportsmen, A.Rahimov stressed that 3 judges will also go to Olympics.

The Minister said that the preparations for "Rio 2016" was successful.

Speaking coach of Azerbaijan Akif Aliyev, expressed his appreciation to the President Ilham Aliyev for the excellent support provided to athletes and sports development in the country. He expressed confidence in the successful performance of athletes at this Olympics.

Paralympic Ilham Zakiev stressed the role of President Ilham Aliyev in the victories of Azerbaijani sportsmen.

He expressed his confidence in the victory of Azerbaijani athletes in "Rio 2016", who performed well at the I European Games.

Member of the national team in Greco-Roman wrestling Rasul Junaev expressed his satisfaction with the participation of Azerbaijan in the Olympic Games and said that the main goal is successful performance.

Then participants of XXXI Summer Olympic Games have taken Olympic oath and kissed the national flag of Azerbaijan.

After the ceremony, the head of state was handed over the sports form, which will be on our athletes at the XXXI Summer Olympic Games.

It was noted that all the athletes are provided with antiviral drugs of Zika and other medicines.

Then, President Ilham Aliyev posed for photos with the athletes.