Victim: Armenians wanted to burn me alive "I was called up for military service in 1997, and that year I was captured by Armenians," said Elshan Islamov, a victim of the criminal case of Armenian servicemen Ludwig Mkrtichyan and Khosrovyan Alyosha Aramaisovich 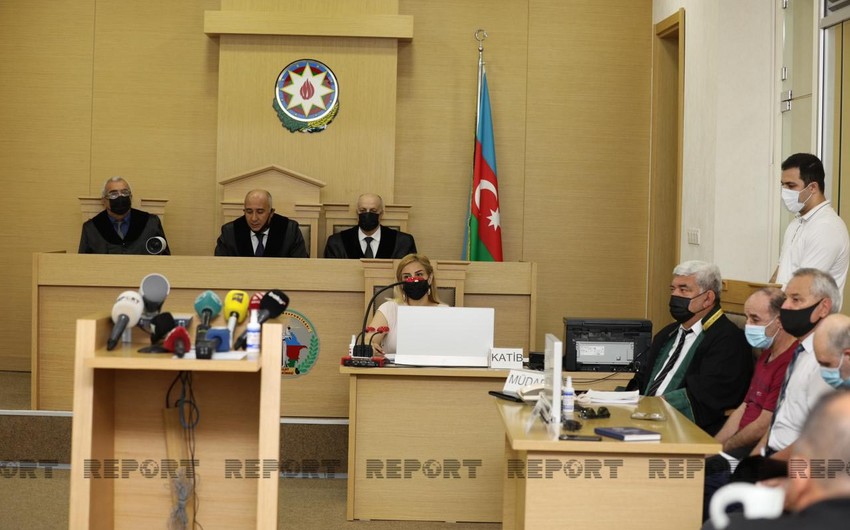 "I was called up for military service in 1997, and that year I was captured by Armenians," said Elshan Islamov, who was a captive in Armenia during the First Karabakh War, said in his testimony at the court trial on the case of Armenian servicemen Ludwig Mkrtichyan and Khosrovyan Alyosha Aramaisovich, who are charged with subjecting Azerbaijanis to brutal torture.

According to Islamov, he was captured when he was at a post in the Gadabay region:

"I lost consciousness at this time. In 1999, I was in a detention center in Yerevan, and they came and took me away. They put me in a room where Mkrtichyan Ludwig came and talked to me. He said "you would change your name and surname, stay in Armenia, get married, receive Armenian citizenship and fight against Azerbaijanis." All conditions would be created for me in Armenia. I disagreed. That is why Mkrtichyan tortured me mercilessly. Then I was taken to Shusha prison to be shot. I was an artist, and they brought a sheet of paper to draw a picture of an Armenian officer. I drew. Then they started beating me with a belt."

The witness noted that the Armenians wanted to burn him alive: "In winter, I was handed over to Armenian soldiers. The soldiers tied my hands and poured gasoline on me. They also put a gasoline bottle under my head. They were preparing to burn me. At that moment, they were informed that I will be taken. Then they started beating again. They put me in a car, gave me food, and beat me again. Finally, they brought me to a village. When I got out of the car, they hit me on the head, and I lost consciousness. When I woke up, I was in Shusha prison. There were many wounded Azerbaijanis. They had put someone's eye out. They said that we were captured in 1992. Armenians poured water on the concrete, and we slept there. We were given 3 minutes to go to the toilet and come back. When we ran to the toilet, it took 4 minutes. It was already 7 minutes when I was back, and I was brutally beaten.

"When a representative of the International Committee of the Red Cross came, he saw that we did not have blankets to sleep. He instructed them to give us bedding to sleep on. After the committee representative left, they took it. Then two people put me in a car and took me to a mountain. There they said, 'Stop, we're shooting'. I was glad I was dying. They said, 'Go back'. When I returned, I saw our post. They stopped me and started firing at our people. They wanted our posts to open fire and shoot us. But ours did not fire at me."