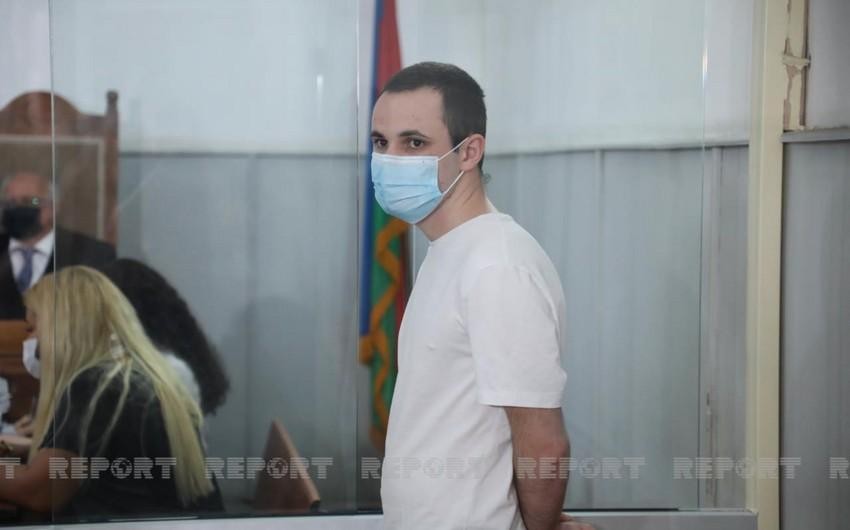 The trial on the criminal case against Eduard Sergeyevich Dubakov, a Russian citizen, involved in illegal armed groups in Karabakh by Armenia, has continued.

According to Report, the trial in the Baku Court of Grave Crimes, chaired by Judge Samir Aliyev, has ended.

The prosecutor demanded that Dubakov be sentenced to 11 years in a medium-security prison.

The prosecutor also said that Dubakov should be deported from Azerbaijan after serving his sentence.

Later, the defendant's lawyer spoke at the trial.

The court gave Eduard Dubakov time to prepare for the last word.

The trial will continue on July 22.

According to the indictment, Eduard Dubakov illegally visited the occupied territories of Azerbaijan and took part in military exercises in the Kalbajar region.

Then, on January 14 this year, he arrived in Baku from Turkey to commit terrorist acts. As a result of the operation, Dubakov was detained.

Dubakov Eduard Sergeyevich was charged under Article 214-3.1 (terrorism, terrorist financing), Article 218.2 (participation in a criminal group (organization), and the group of organizers, leaders, or other representatives of organized groups), Article 318.2 (illegal crossing of the state border of the Republic of Azerbaijan).