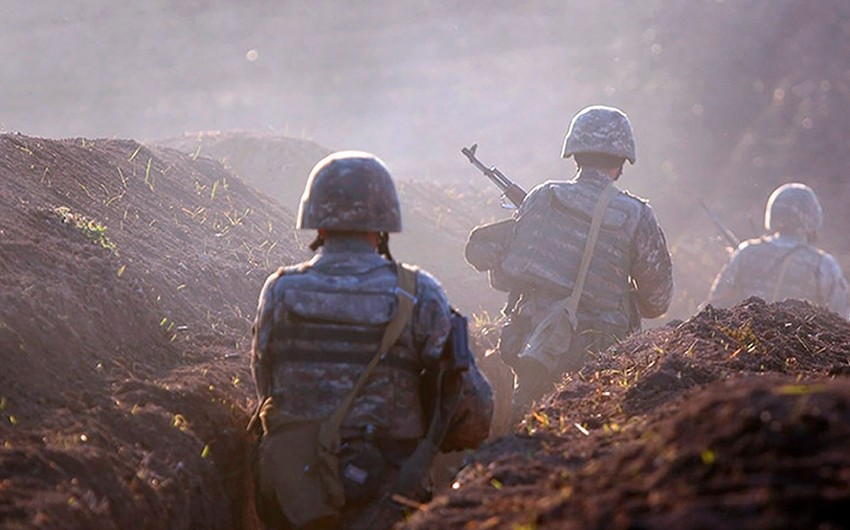 The names of nine more members of the Armenian armed terrorist group have been identified.

The date of the preliminary case hearing is yet to be announced.

Members of the illegal armed formation penetrated the Azerbaijani territory, took a position in the forests in the Khojavand region’s Hadrut village, and committed terrorist, subversive, and other criminal actions against the Azerbaijani military personnel and civilians. The members of these armed formations illegally crossed Azerbaijan’s state border on November 26-27, 2020. As an organized group, they took up combat positions in the forest and other areas in the north-western part of the Khojavand region’s Hadrut village.

Members of the illegal armed formation Avakyan Grach Arzumanovich, Serobyan Gegham Samvelovich, and others, a total of 13 accused, were charged under Articles 214.2.1, 214.2.3 of the Criminal Code of Azerbaijan (terrorism by an organized group or criminal community; with the use of firearms and objects, used as weapons), 228.3 (illegal acquisition of ammunition, explosives by an organized group), 279.2 (attacks on enterprises, departments, organizations by an armed group) and 318.2 (illegal border crossing by an organized group). The investigation was completed, and its results, together with the indictment approved by the Deputy Prosecutor General of the Republic of Azerbaijan, were submitted to the court for consideration.

The preliminary investigation on the relevant criminal cases against other accused members of the above-mentioned armed formation has been completed, and the materials of the case are being reviewed.