General Prosecutor's Office: Measures taken for Alexander Lapshin's extradition to Azerbaijan The blogger was included in travel blacklist of Azerbaijani MFA in 2013
142 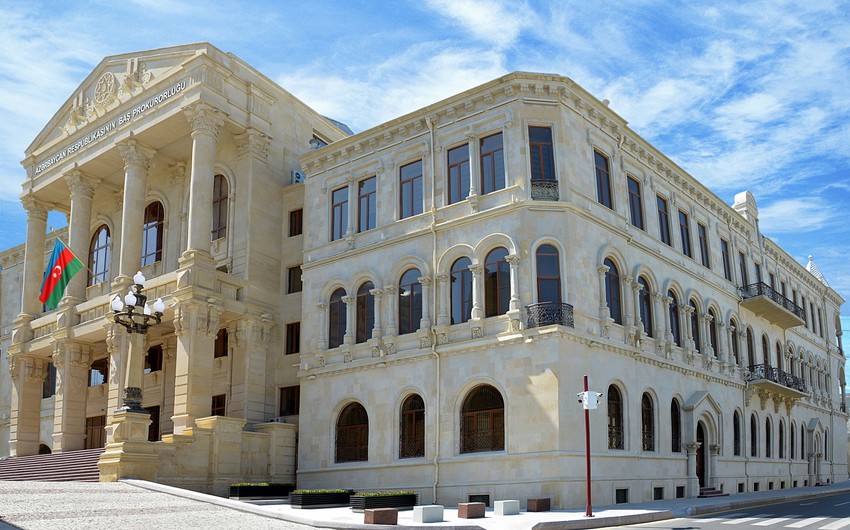 Baku. 16 December. REPORT.AZ/ Alexander Lapshin was included in the blacklist of the Azerbaijani Ministry of Foreign Affairs in 2013 due to his illegal visit  to Nagorno-Karabakh along with other bloggers. In 2015, he entered the Azerbaijani territory through Georgia with the Ukrainian passport. In April 2011 and October 2012 he entered the occupied territories of Azerbaijan, promoted illegal regime in his own website http // puerrtto.livejournal.com, as well as named the Nagorno-Karabakh as an independent state. He has also called on infringement of territorial integrity of internationally recognized territories of Azerbaijan.

As his name was written as Oleksandr in the passport, he managed to enter the country unhindered. The blogger was declared wanted for breaking the law “On violation of the state border” of Azerbaijan.

Report informs referring to the press service of the General Prosecutor's Office.

Information notes that ,criminal case has been launched against himunder articles of Azerbaijani Criminal Code 281.2 (Public appeals directed against the state) and in 318.2 (illegal crossing the state border of Azerbaijan Republic) and has been declared wanted.

As a result of the measures taken by the law enforcement agencies of Belarus A. Lapshin detained.

Notably, Azerbaijan has declared the blogger internationally wanted for violation of the law on state border and Migration Code of the Republic of Azerbaijan.

Earlier, Azerbaijani Ministry of Foreign Affairs included name of A.Lapshin in the travel black list due to his illegal visit to the occupied territories of the Republic of Azerbaijan.