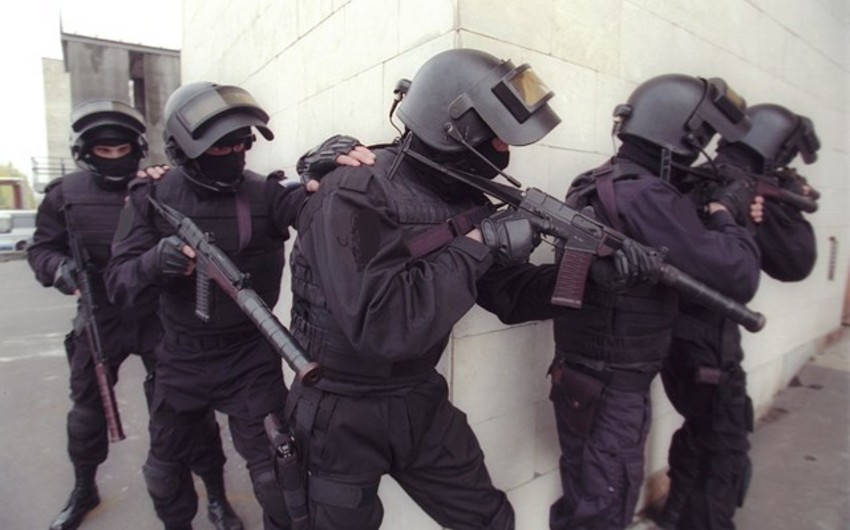 Baku. 28 October. REPORT.AZ/ Unveiled some details of the operation, conducted by the State Security Service (SSS) of the Republic of Azerbaijan a few days ago against terrorists.

Thus, the SSS officials revealed that 21-year-old A.Guliyev, suspected of terrorism, was inside Baku-Istanbul bus on Baku-Alat highway.

While investigators tried to take A.Guliyev off the bus, he wanted to resist by exploding hand grenade on him. "The SSS officials demonstrated high professionalism by firing and neutralizing "Omar" to ensure safety of the people inside the bus as well as other vehicles on Baku-Alat highway", a source at the law enforcement source said.

Notably, the SSS Public Relations Department has issued a statement on the operation conducted. The statement declares that in addition to A.Guliyev, one more terrorist was killed, the other detained.

On October 26-27, 2016, extensive operations have been carried out in the different districts of the country to detain A.Guliyev, F.Rustamov and A.Gulmammadov, reasonably suspected of taking part in criminal group, established to commit grave and especially grave crimes on the background of religious extremism as well as of committing actions of preparation for terrorism and robbery using firearm, A.Guliyev, trying to resist and explode F-1 hand grenade at the public place as well as F.Rustamov, firing a Stechkin pistol and putting up fired resistance towards the officials, carrying out official duty, was killed by the special operation group to protect life and health of the people around from generally dangerous, real and sudden criminal attempt being a response to criminal actions as well A.Gulmammadov detained as a suspected.