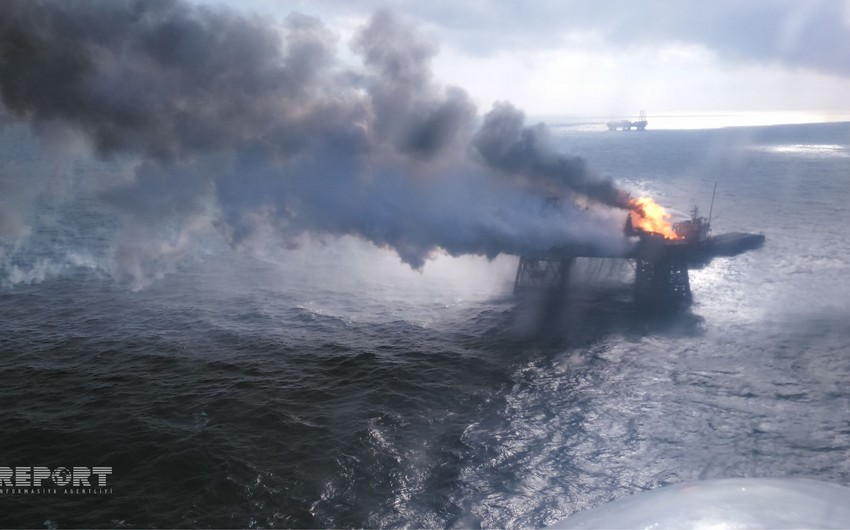 Report was told in the 'Azneft' Production Union of the State Oil Company of Azerbaijan Republic (SOCAR), at present, plane was sent to Turkmenistan to bring corpse of the oilman: 'After bringing the corpse to Azerbaijan, it will be taken to Health Ministry's Forensic Medical Examination and Pathological Anatomy Union and handed over to his family.

'Oilman will be buried in Tovuz region tomorrow', Union says.

Notably, yesterday dead male body has been found by 'Jabbar Hashimov' ship of Azerbaijan at 55 km distance from Turkmenistan coasts of the Caspian sea. Information was immediately transmitted to nearby ship 'Caspian Rovshan' of Turkmenistan and corpse was taken to Turkmenbashi sea port by the ship.

It was revealed that dead body belongs to Gasimov Mubariz Dilgam, born in 1958, oilman working as a mechanician at deep sea base No.10 in 'Guneshli' oil rig and missing as a result of the accident.

Notably, on December 4, as a result of powerful storm, bearing pipeline of high atmosphere pressure underwater gas line was broken in deep sea base number 10 in 'Guneshli' field, pipeline damaged and fire occurred. As a result of rescue operations, 33 persons saved. Corpse of 10 oilmen handed over to their families. Search of 22 persons, including 3 oilmen, missing during accident in 'Oil Rocks' continues.