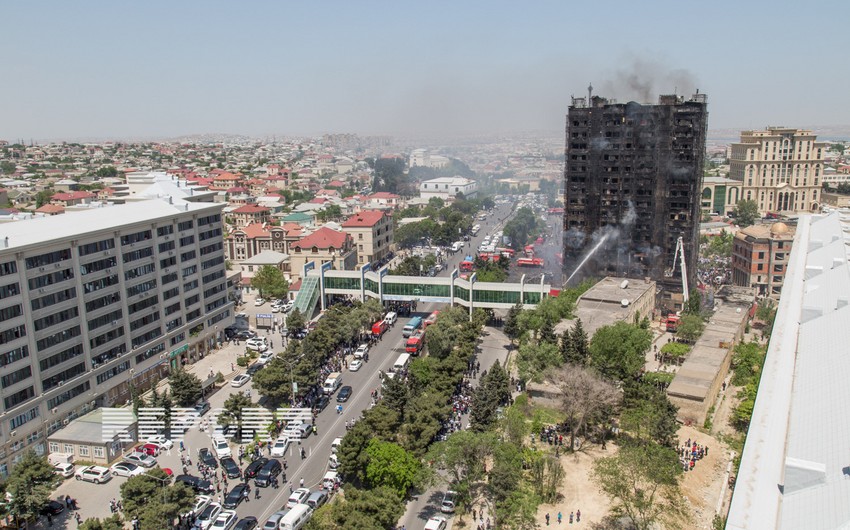 Baku. 14 May. REPORT.AZ/ The preliminary investigation on a criminal case on a fire in high-rise building in Binagadi district of Baku city on January 19, 2015, which killed 15 and injured 50 people, completed.

Report informs, the criminal case submitted to the Baku Court of Grave Crimes.

Notably, as a result of fire in an apartment building on the territory of Binagadi district, which occurred on May 19, Department of Investigation on Grave Crimes of the General Prosecutor's Office has launched the criminal proceedings under the relevant article of the Criminal Code, as well has been established an investigative team consisting of experienced employees of the General Prosecutor's Office, Ministry of internal Affairs and the Ministry of Emergency Situations. Necessary and urgent investigative actions and operational-search measures were provided, victims and witnesses were interviewed.