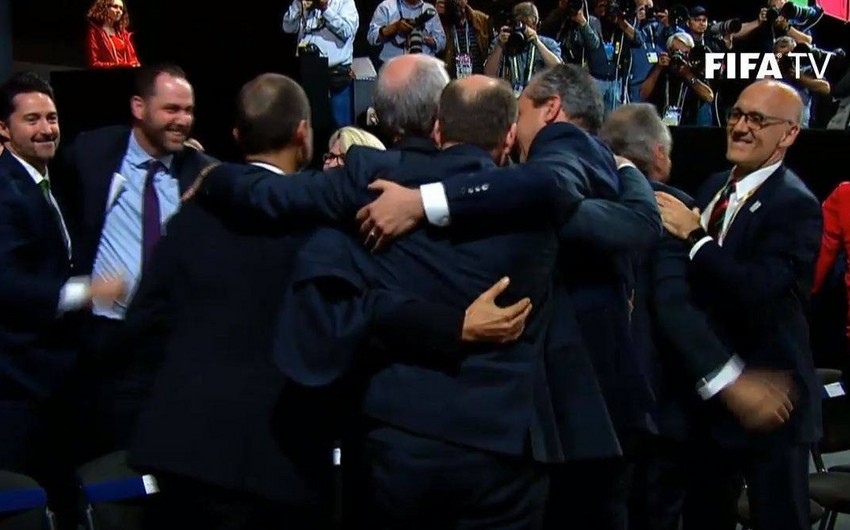 Baku. 13 June. REPORT.AZ/ Countries that will host the World Cup 2026 have been determined.

Report informs, Canadian - Mexican - US trio will co-organize the tournament. This decision has been made by the representatives of the Executive Committee at the 68th Congress of FIFA in Moscow, Russia.

For the first time not only 32 countries, but 48 countries will compete at the World Cup 2026. Two teams from each group will qualify to 1/16 finals.

In addition, the world championship will be held in three countries for the first time. Previously, only two countries - Japan and South Korea hosted the World Cup 2002.

AFFA President Rovnag Abdullayev, Vice President Elshad Nasirov and Secretary General Elkhan Mammadov participated in the Congress. For the first time, 48 countries in 16 groups will compete at the World Cup.