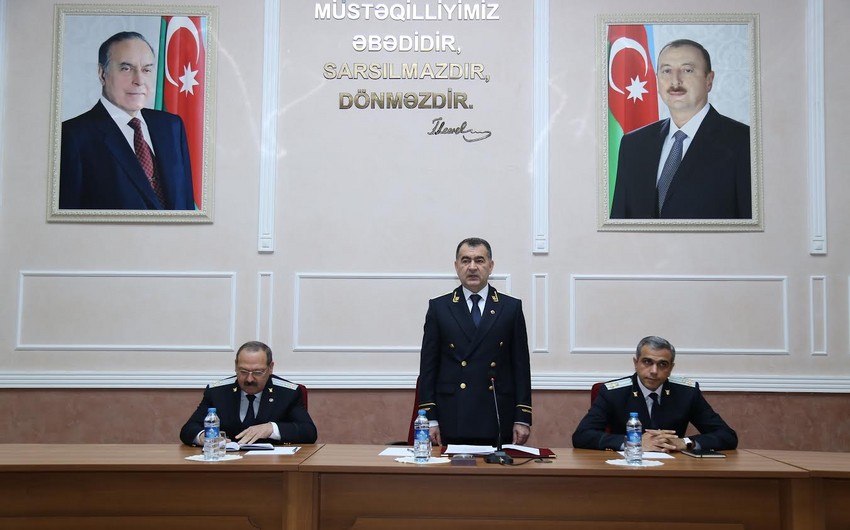 Baku. 13 January. REPORT.AZ/ Over the past year, investigation of 578 cases has been completed in Baku Prosecutor's Office, 4903 in the Ministry of Internal Affairs.

Report informs, Baku City Prosecutor Aziz Seyidov said during an extensive operational meeting dedicated to the fight against crime, discussion of the situation in the field of protection of human and civil rights in 2016 and challenges ahead.

He said that as a result of the investigation and operational search actions carried out by Prosecutor's Office and Ministry of Internal Affairs many crimes committed under uncertain conditions, including premeditated murder, attempted murder, robberies, deadly road accidents, removal of drugs and psychotropic substances from illegal circulation and number of other violations were prevented.

"In addition to the positive results achieved during the reporting period, last year 2 premeditated murder and 9 robbery cases committed in Baku and 3 fatal traffic accidents remained unsolved which should be mentioned with a concern", he added.