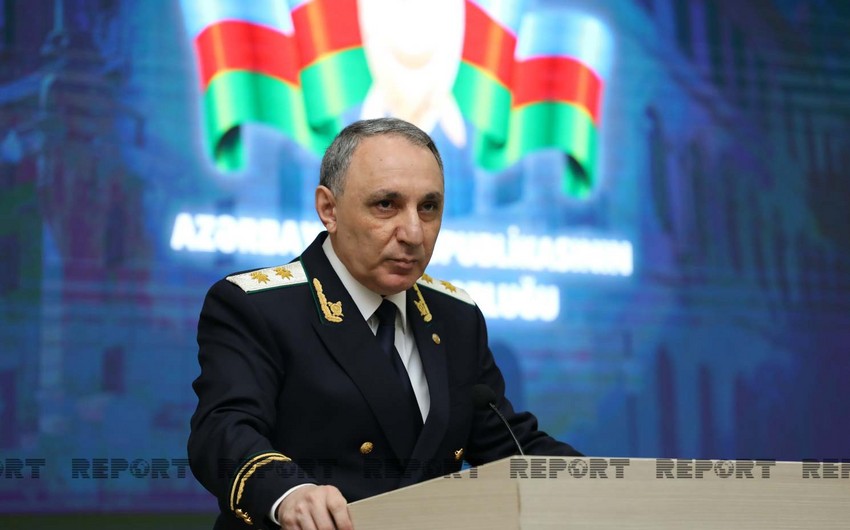 Prosecutor General Kamran Aliyev officially addressed several international organizations regarding the fact that a group of people was struck in the minefield in the liberated Kalbajar district.

The address notes that the Armenian armed forces continue to commit criminal acts against our citizens by mining our territories in blatant violation of the fundamental norms and principles of international humanitarian law, including the requirements of the Geneva Conventions of 1949.

Thus, on June 4, 2021, at around 11 a.m., a bus carrying employees of TV channels and news agencies seconded to Kalbajar district liberated from occupation in connection with the performance of their service duties was struck by an anti-tank mine while moving in the direction of Susuzlug village of the district. As a result, two journalists and one public servant were killed, and four others were hospitalized with various injuries.

It was also noted that a criminal case under the relevant articles of the Criminal Code was launched by the Military Prosecution Office of the Republic of Azerbaijan, and intensive investigative measures are ongoing.

Kamran Aliyev assessed the failure of the Armenian side to provide maps and schemes of mines buried in our liberated territories for many years as a continuation of the provocative acts committed by the Republic of Armenia against the Azerbaijani people. Therefore, K. Aliyev urged them to observe their obligations under international law.

In addition, the Prosecutor General noted that Armenia's refusal to provide these maps and other necessary information that could help save lives resulted in flagrant violations of the rights of the Azerbaijani population arising from Articles 2 and 8 of the European Convention on Human Rights, Article 1 of Protocol No. 1, Articles 2 (1) and 3 (2) of Protocol No. 4. It was also reported that since the signing of the Tripartite Statement, 20 civilians have been killed, 29 civilians have received various injuries.

In conclusion, the Prosecutor General called on influential international organizations and the world community, within their powers, to take measures against the Armenian leadership in connection with the crimes committed.