Azerbaijani President: “Artificial increase in prices must be stopped”

Azerbaijani President: “Artificial increase in prices must be stopped” 'I know that some dishonorable people, bargainers want to abuse this issue with the rate', President Ilham Aliyev said
2790 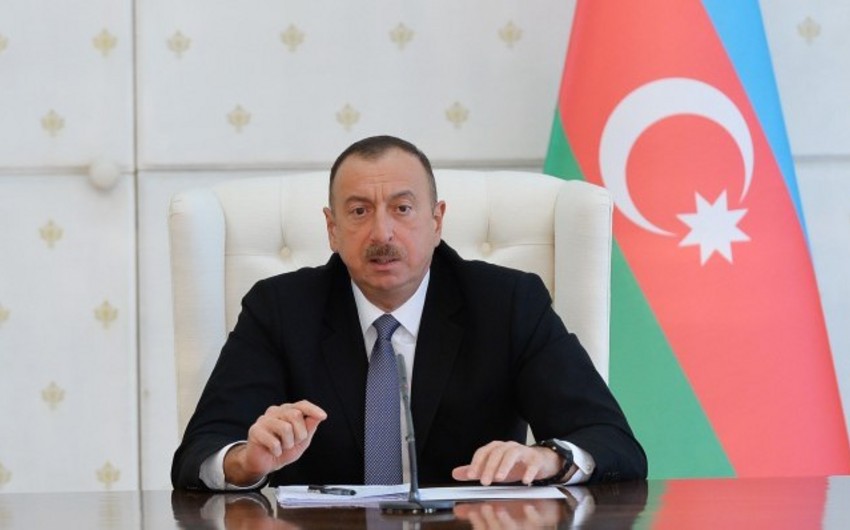 Baku. 12 January. REPORT.AZ/ “Increasing prices for products manufactured in Azerbaijan is impossible in general”, Report informs, Azerbaijani President Ilham Aliyev stated at the meeting of the Cabinet of Ministers, dedicated to the socioeconomic development in 2015 and the objectives for the future.

“We need to seriously control consumer prices. Some bargainers want to artificially raise prices in connection with the change in the manat's rate. We are, of course, dependent on food imports at a certain level,” he said, adding that the country hasn't been able to fully provide itself with domestic goods for now.

“However, the price increase for the goods produced in Azerbaijan is, in general, impossible and shouldn't take place,” he said. “I know that some dishonorable people, bargainers want to abuse this issue with the rate. This must end. Artificial increase in prices must be stopped.”

“Let the prosecution authorities get engaged in that seriously. Very severe penalties must be applied to those who want to use the situation for their own benefit, and it should be covered by the press in order to put an end to it.”