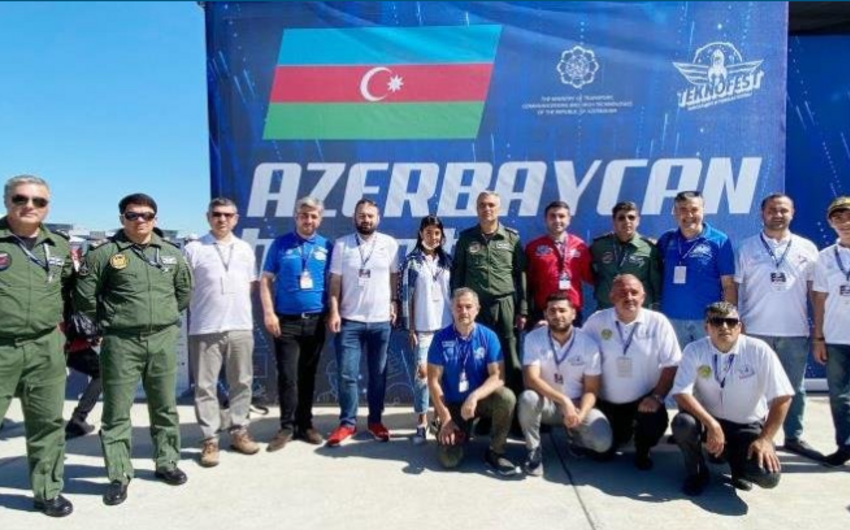 The Teknofest - Aerospace and Technology Festival held at Ataturk International Airport in Istanbul, Turkey, has ended with significant achievements for Azerbaijan, Report quotes the Transport, Communications and High Technologies Ministry as saying.

According to the report, the National Pavilion, which was attended by 10 Azerbaijani startups and technology companies, where technological products and solutions were showcased, triggered special interest among visitors of the exhibition. Over 40,000 participants visited Azerbaijani Pavilion during the festival.

There were those successful among our startups in various fields and directions, such as space industry, military, education, medicine, agriculture, transport, video games, and in general, new technologies.

Thus, one of the resident startups of the Innovation Agency under the ministry has attracted the attention of investors. Zarba (Strike) startup, a complex training facility, based on virtual reality, has signed a contract with Fix Defense for the production of simulators. At the same time, an agreement was reached with Baykar on the integration of drones into the system.

Mubariz Abdullayev, project manager of the Azerbaijan Pavilion and head of the Viasteller startup, was invited by Istanbul Technical University and Zonguldak Bulent Ecevit University to train students in the design and assembly of small satellites.