Vaccines are effective against AY.4.2 or Delta plus strain – health agency official

Vaccines are effective against AY.4.2 or Delta plus strain – health agency official "The AY.4.2 strain, described as a new mutant, is not actually new, but was identified in July, Akif Gurbanov, Deputy Director for Scientific Issues of the Medical Research Institute of Prevention, has said, Report informs. 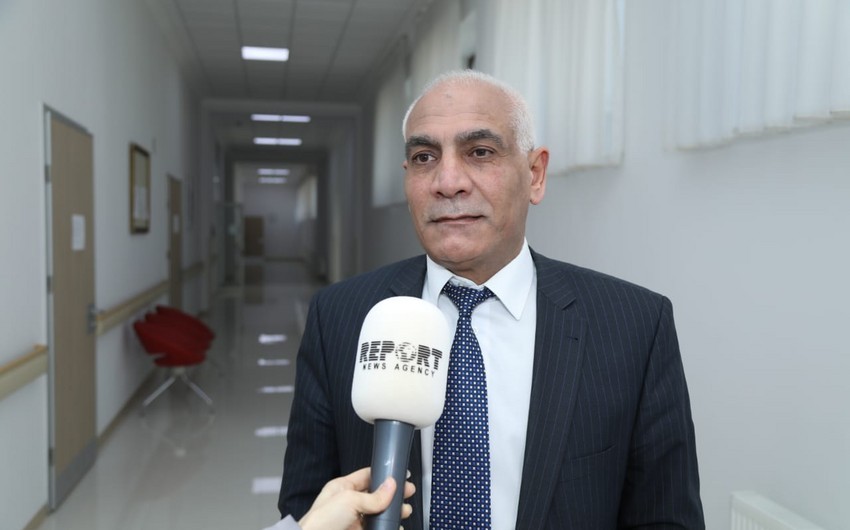 "The AY.4.2 strain, described as a new mutant, is not actually new, but was identified in July, Akif Gurbanov, deputy director for scientific work at the Research Prophylaxis Institute under the Union for Management of Medical Territorial Units (TABIB), said Thursday, Report informs.

He said it used to be called the "delta plus" strain: "We called it a double mutation as the main feature of the Delta plus strain. The double mutation is that the virus spreads faster and has a certain resistance to antibodies in the body. The prevalence of these strains is highest in the UK, with 6% identified. Delta Plus strains are a mutated form of the COVID-19 virus. We can expect new mutations in the future."

Gurbanov said that COVID-19 viruses are inclined to mutation. There are discussions about the rapid spread of the disease and its prevalence in children, as well as the symptoms and severity of the disease, and there is no confirmed scientific information: “I would like to emphasize that both treatment and prevention are the same. And most importantly, experts have come to the conclusion that the vaccines currently in use remain effective against the AY.4.2 or delta plus strain.

Note that a new mutation of the COVID-19 virus - AY.4.2 - has started to spread in a number of countries, including a region country of Russia. Reports are around that it is even more contagious than the Delta strain, with one person being able to infect about nine people. It is also added that the new mutation is more prone to contact, its symptoms appear in a shorter period of time.”