President on feasibility of initiative to create UN High-level Panel 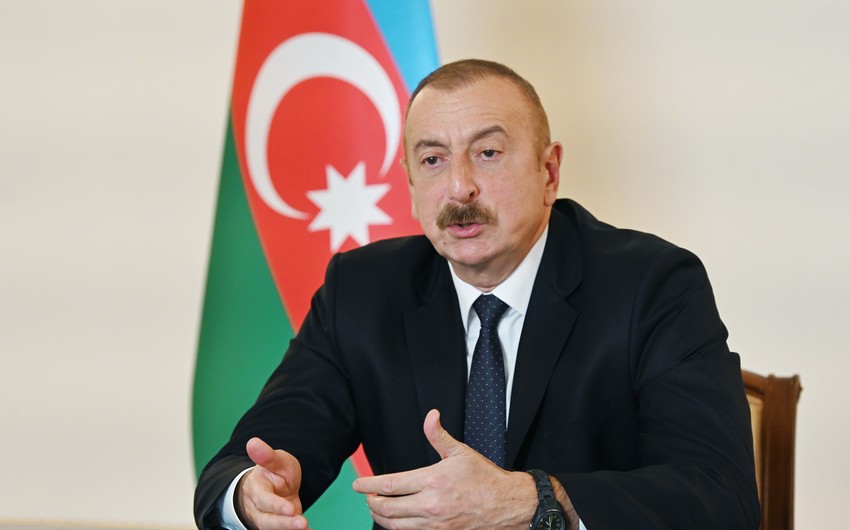 "Based on the mandate given at the NAM Baku Summit, Azerbaijani chairmanship explores the possibility of setting up an institutional network for the NAM youth. Likewise, Azerbaijani chairmanship intends to develop the parliamentary dimension of cooperation among NAM Member States," Azerbaijani President Ilham Aliyev said, speaking at the Mid-term Ministerial Conference of the Non-Aligned Movement, Report informs, citing .

"In my statement at the Baku Summit, I highlighted that developing dialogue of the NAM with other institutions and expanding the geography of its cooperation would be among priorities of Azerbaijan’s chairmanship. I am glad to state that the Azerbaijani chairmanship succeeded to create bridges with other international institutions. The first time in the history, leaders of the European Union attended the above-mentioned NAM Online Summit. Later, the EU Member States supported NAM’s initiative to convene the special session of the UN General Assembly. NAM and EU have also been engaged in cooperation within the UN Human Rights Council on a number of issues," the head of state said.

President Ilham Aliyev said Azerbaijan has raised unified voice of the NAM and actively defended the Movement’s interests in all possible international platforms.

"Azerbaijan will continue taking concerted efforts to strengthen the solidarity within the NAM, and to advance the Movement’s position and influence in the international arena. The Movement must take strong, cohesive and targeted actions about the post-Covid-19 period as well. In this regard, it would be useful to convene a high-level meeting of the NAM Member States to exchange views and formulate the position of the Movement concerning the pandemic recovery phase. Taking into account the complexity of the challenges stemming from the pandemic, it would be reasonable for the NAM to advocate for establishing a UN High-Level Panel on Global Recovery from the Covid-19. This Panel could prepare recommendations on global measures to have the world recover better from the pandemic," the head of state said.