AFSA Deputy Chairman: Plant viruses can pose a serious threat "We should establish a system to control the import of crops imported to the country." "We should establish a system to control the crops imported to the country."

- What is the economic danger of plant viruses, which are now widespread in many countries?

- First of all, I want to mention that these viruses are relatively new diseases. Currently, the virus is widespread in countries such as Germany, Belgium, the Netherlands, and Spain and in brotherly Turkey, which can cause severe damage to agricultural products. These are mainly Pepino mosaic and brown rugose viruses. Although these viruses usually affect tomatoes, they can also cause severe damage to other crops such as eggplant, peppers, and tobacco. However, although the virus does not adversely affect the human body, the damage to agricultural products can be estimated at 40-80 percent. As a result of the virus, the commodity reputation of the product has been severely damaged, making them unfit for human consumption. Therefore, the economic damage of the virus is measured in huge quantities. At present, there is no existing method for treating the virus. There is only one way out; all the plants on the farm are destroyed, burned, and buried. The farm is disinfected.

- Russia has warned about viruses found in some imported plant products. In this regard, what rules should be followed by entrepreneurs who supply products to this country?

- Since the end of 2020, the Russian Federation has banned the import of tomatoes from some areas of Armenia, brotherly Turkey due to the brown rugose in tomatoes and from Kazakhstan, Turkmenistan, and Uzbekistan due to the Pepino mosaic virus in tomatoes.

Recently, such notifications have already been received in Azerbaijan. For the first time, on April 23 this year, we received a warning from Russia about detecting the brown rugose virus in a tomato of the farm "Gozal tabiat" LLC operating in Azerbaijan. AFSA specialists immediately conducted monitoring in the enterprise. Samples were sent to both the AFSA laboratory and the research laboratory of the Turkish Ministry of Agriculture. However, the results of the tests did not reveal the virus in the samples.

Representatives of the Russian Federal Service for Veterinary and Phytosanitary Control inspected the farm during the visit to Azerbaijan in May. Samples were taken and sent to Russia, and no virus was found. Therefore, the restriction applied to the farm has been removed. Later, Azerbaijan received notifications about the detection of Pepino mosaic in the products of Can Agro and Geothermal Agro LLCs operating in Azerbaijan and brown rugose in the cargo consignment of the Lokal Garden LLC. 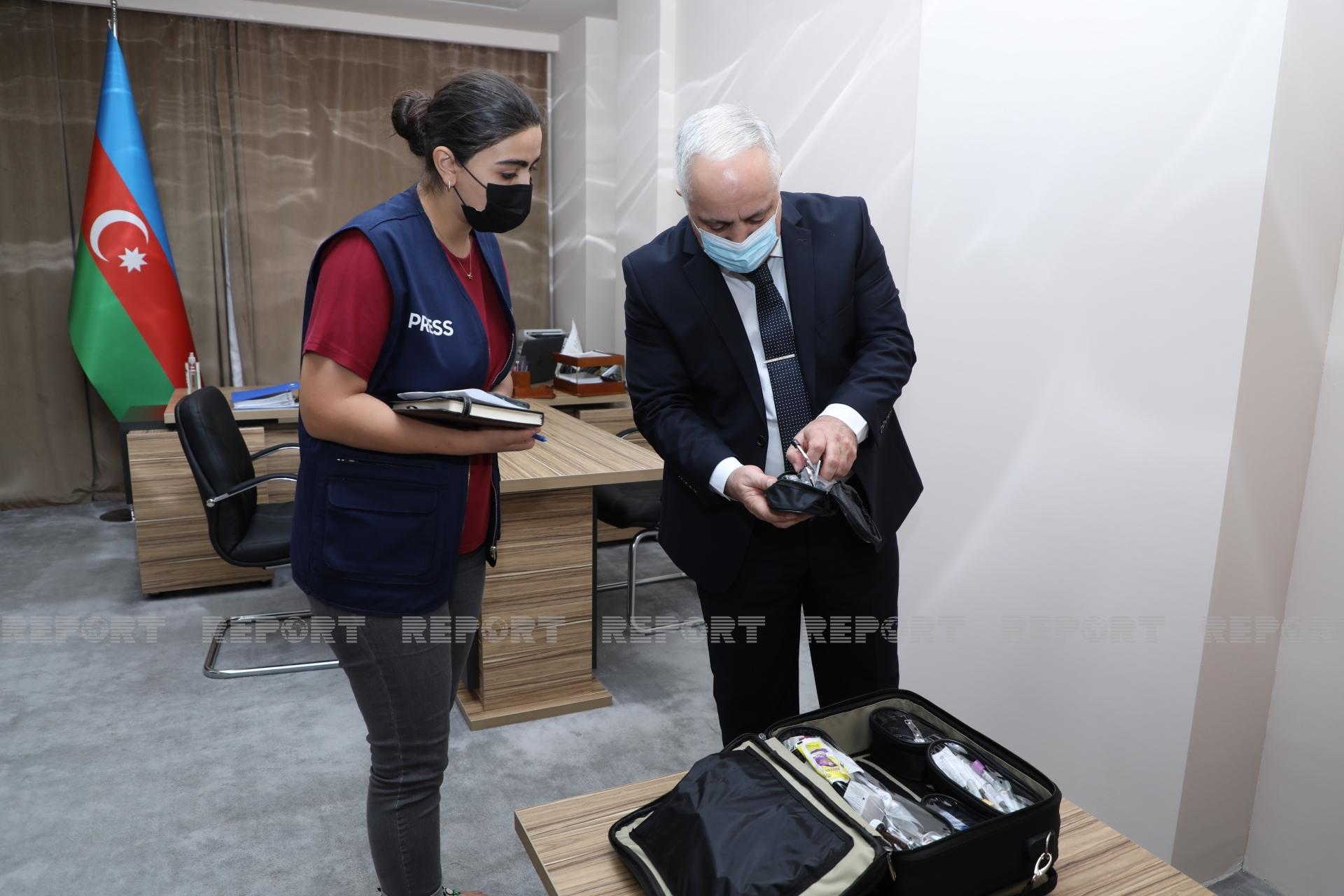 - What measures does AFSA take jointly with relevant agencies to prevent plant viruses?

- In this regard, AFSA conducted monitoring in these enterprises. However, as we received notifications late and greenhouses finished the production process, we did not find any product during the monitoring. However, according to the information we received, the saplings were removed, burned, buried, and disinfected. That is, we have taken preventive measures. The detection of the virus in Azerbaijan has not been confirmed yet. However, AFSA warns the farm areas, and appeals have been sent to the relevant agencies. We have proposed the establishment of working groups consisting of representatives of relevant agencies.

- How are control measures implemented during the import of sowing and planting materials into the country?

- As there are no rehabilitation measures against the disease, our first task here is to protect the country's borders from the spread of the disease. The spread of the disease is caused by seeds imported to the country. The AFSA controls the seeds brought to the country through official ways, in other words, which pass custom control. We take laboratory tests and then allow the use of those seeds. However, unfortunately, illegal products are entering the country illegally, through hand luggage, various postal items, or cars cargo areas without passing state control. The danger is that AFSA does not control these products, and so, it creates a condition for the entry of the disease into the country. I also want to add that tomato seeds have recently been imported to the country from Spain. We took a sample from the seeds and discovered that they contained the brown rugose virus. The virus was immediately neutralized by specific means, and we sent a letter to the relevant Spanish agency. They also continued to investigate and found the virus indeed. That batch of seeds was neutralized there as well. I would also mention that the relevant Spanish agency sent a letter of thanks for our careful treatment and activities since it is a vital issue. Therefore, we warned the relevant agencies to tighten control in this area. If the virus enters the country, it can easily spread to different farms through various tools, clothing, and various means. If the sick saplings are not burned and buried especially, they can spread throughout the country. Therefore, it is urgent to establish a system controlling the import of crops into the country. 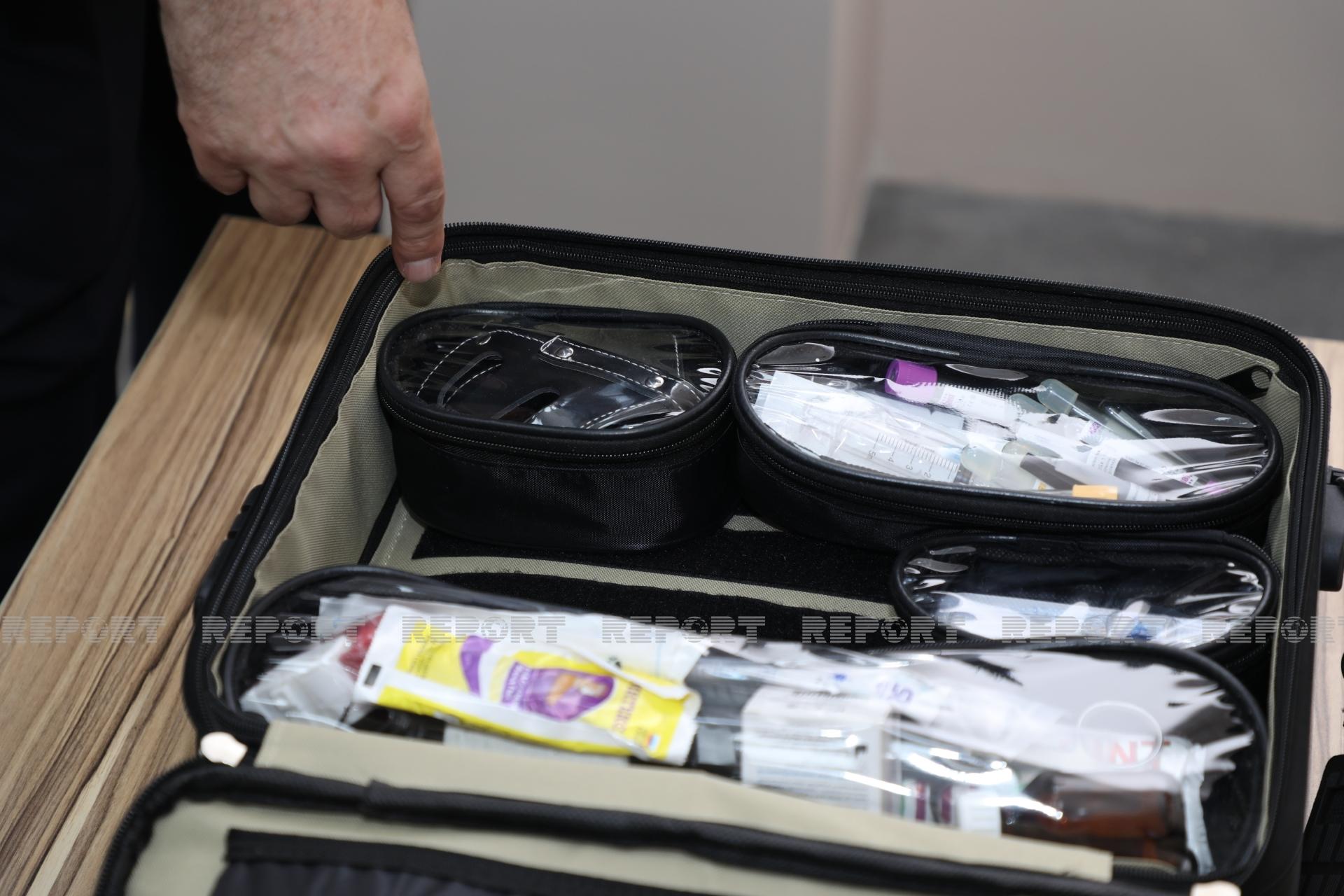 In addition, to prevent the virus, every farm in the country should be monitored and tested for practice, which demands a national monitoring program represented by all agencies. Everyone should do their part within their authority. However, we have several difficulties in this regard. As you know, AFSA is a relatively new organization. We recently celebrated our third anniversary. Of course, we have great success during this period. Among the measures we have taken, many arable lands in Azerbaijan have been registered and are under state control. However, many small farms consider themselves family farms and are not registered. However, it sells and exports its products, which means that it is an entrepreneurial activity. All these farms must be registered by AFSA. As we have no information about the unregistered enterprise, the state does not have control over it. After registration, inspections are carried out through the monitoring groups I mentioned above, and examinations are carried out by taking samples. Only in this way can we prevent the spread of the virus.