Zyuganov: My father told me from childhood that Azerbaijanis are very reliable friends

Zyuganov: My father told me from childhood that Azerbaijanis are very reliable friends Leader of KPRF: Many open and shadow players in world want to drive a wedge into relations between Russia and post-Soviet countries 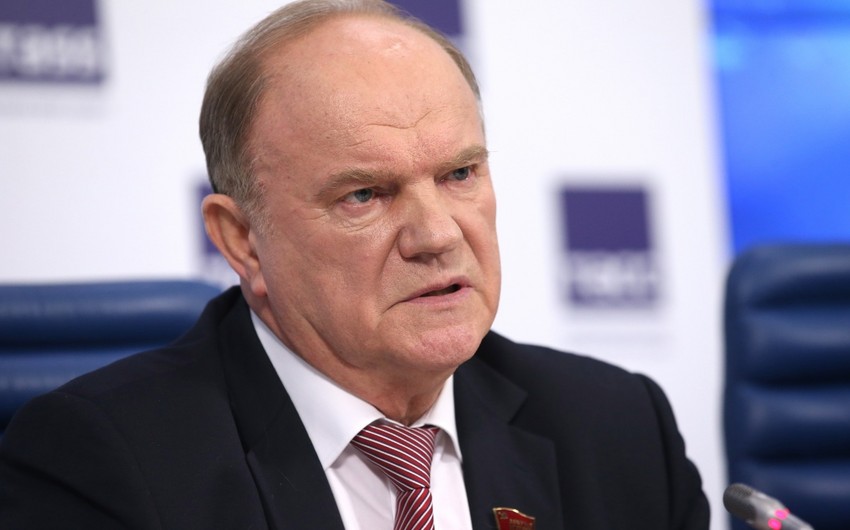 "My father was lying in a hospital in Baku after the war and he was treated very well there. He told me from childhood that Azerbaijanis are very reliable friends, "Zyuganov said.

According to him, many open and shadow players in the world want to drive a wedge between Russia and the post-Soviet countries.

"Therefore, we must continue to be friends no matter what. I welcome the development of relations in every possible way. I think that Heydar Aliyev made a lot of efforts for this. President Ilham Aliyev continues his father's policy in this respect, "the head of the Russian party said.

Zyuganov noted that in Azerbaijan Russian culture and traditions are protected by the state, and Russian language is freely studied in schools.

The politician also commented on the introduction of the institute of vice-presidents in the country. "I watched administrative reform in Azerbaijan with interest, when you introduced the institution of vice-presidents. I saw how the Eurogames were prepared in Baku, and I know how much contribution has Mehriban Aliyeva made. She knows the situation very well, communicates very easily with various politicians and public figures. I think she will enforce national interests with an emphasis on those best traditions of the people that have evolved over the centuries. We can only wish successes in this difficult matter, "Zyuganov said.