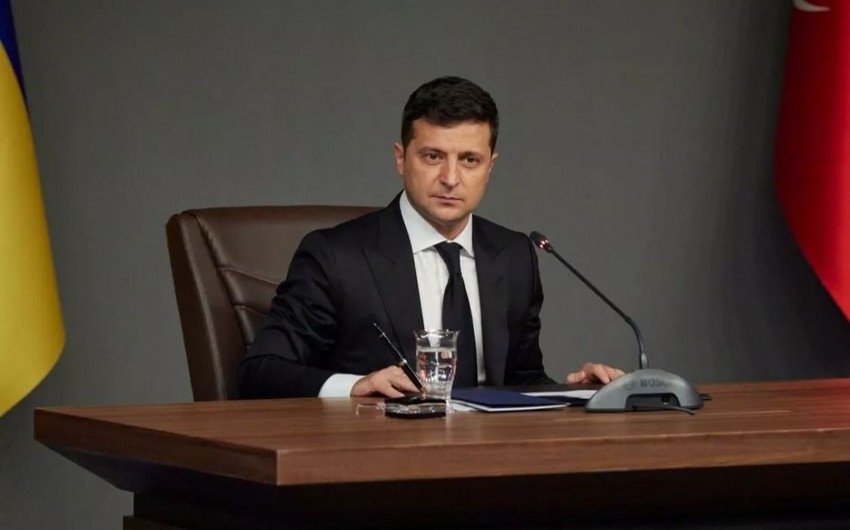 According to him, this document symbolizes the closeness of views of Azerbaijan and Ukraine on many issues and challenges of regional and global dimension.

Zelensky reminded that the countries mark the 30th anniversary of the establishment of diplomatic relations in 2022.

He noted that despite the pandemic, trade turnover between the two countries had reached a record high: "But we understand that this is not the limit, and we intend to increase bilateral trade, we would like to double it by 2024... We are setting more ambitious goals to further increase trade turnover, boost mutual investment, and implement large-scale projects."

The Ukrainian President also noted the possibility of expanding the transit potential between the countries, including road and rail transportations.

The heads of state also agreed to hold the session of the joint intergovernmental commission on economic cooperation in the first half of 2022.

"The next step is the organization of the session of the Council of Presidents of Ukraine and Azerbaijan," Zelensky said.