Vitali Klitschko: We have much to learn from Baku

Vitali Klitschko: We have much to learn from Baku "I am sure that the potential that exists in the cooperation between our capitals is not fully realized"
175 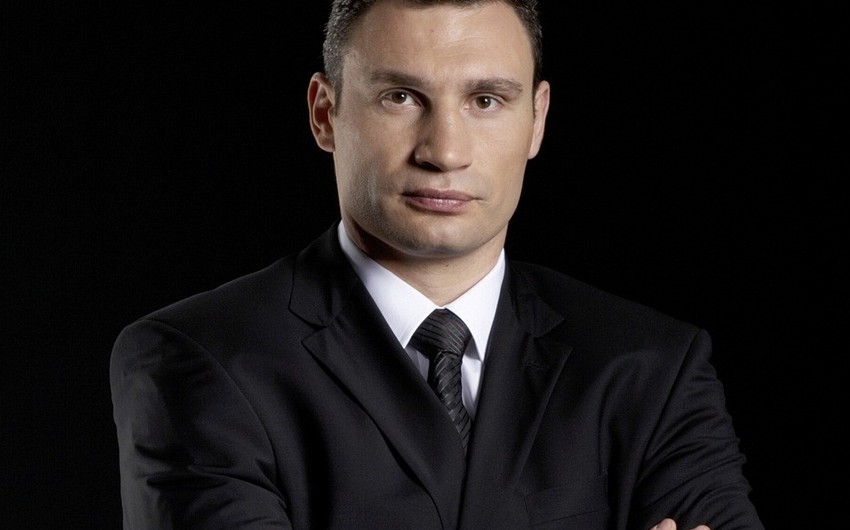 Baku. 13 April. REPORT.AZ/ "We have something to learn from Baku, to use that positive experience that was acquired in terms of holding international events."

Commenting on today's meeting with Azerbaijani President Ilham Aliyev, Klitschko said that issues related to development of relations between Kiev and Baku were discussed.

"We discussed business: opening of Ukrainian stores in Baku and development of one of the leaders in the energy market of Ukraine - network of SOCAR filling stations. We discussed the trends. We stated key tasks that we have, where we need to unite our efforts", he said.

"It is very important that these relations become closer," Klitschko said, stressing the importance of developing business ties, cultural relations, and cooperation in the field of sports.

He recalled that earlier Baku had hosted such an international event as the Eurovision music contest, noting that this experience could be useful for Kiev.

The mayor of Kiev, commenting on the Shopping Festival in Baku, said that such an event "will enable people to open the world much wider". "This will give a boost, including the development of the city, its tourist potential and make it a visiting card for visitors", Klitschko noted.

Also, Klitschko invited the mayor of Baku to visit Kiev, where the Eurovision 2017 contest will take place in May.

"I am sure that potential that exists in cooperation of our capitals is not fully realized. We are at the initial points, it is necessary to realize our cooperation both in business, in culture, in sport. Our task is to realize this potential", Mayor of Kiev said.