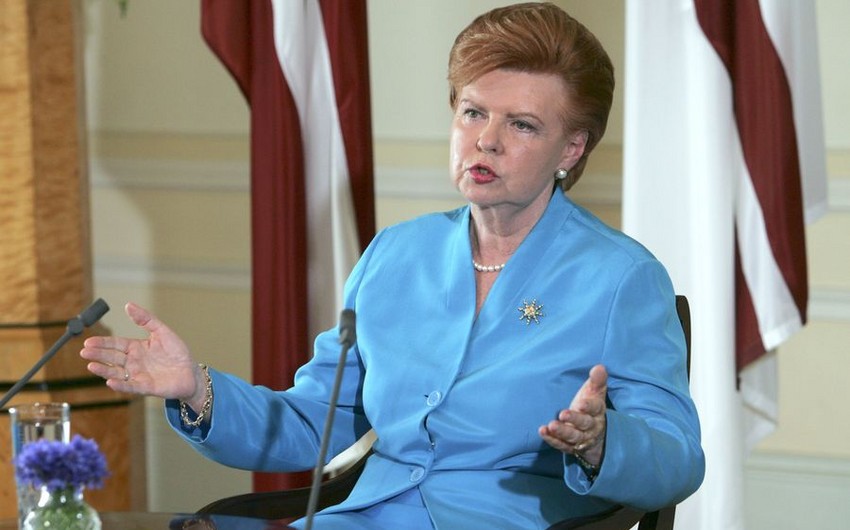 Riga. 20 May. REPORT.AZ/ Although today is Ukraine in the center of the political agenda, Europe needs to work on the resolution of the frozen conflicts in Georgia, Azerbaijan and Moldova.

Report informs, said at the meeting the former president of Latvia,Vaira Vīķe-Freiberga.

"Ukraine, of course, is in the center - there occurs bloodshed, also flagrant violation of international law, but also in other countries - in Georgia, Azerbaijan and Moldova - have lost territories, the so-called frozen conflicts. And Europe to develop, must work on their resolution", Vaira Vīķe-Freiberga said to reporters.

On May 19-20, Riga hosts the meeting of former heads of states and governments of several European countries. One of the main issues discussed during the meeting was the question on situation in Ukraine.