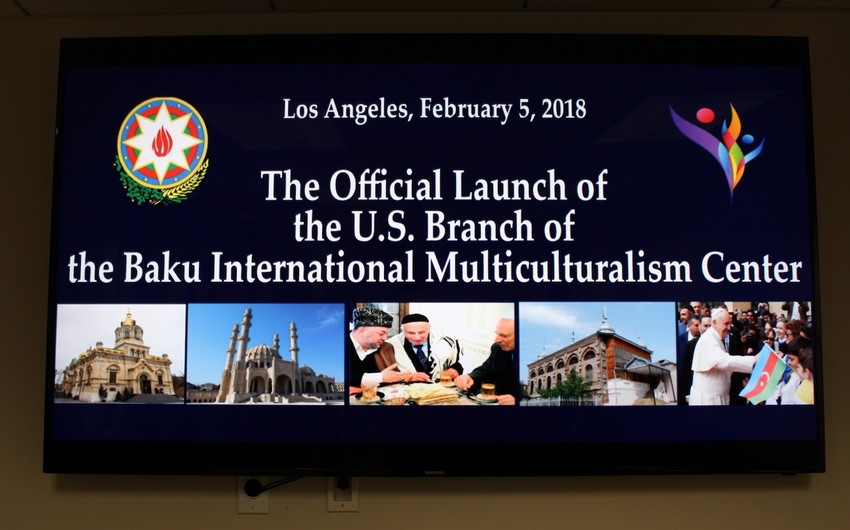 Report was informed in the Consulate General of Azerbaijan in Los Angeles.

An event dedicated to the opening of the U.S. Branch of the Baku International Multiculturalism Centre (BIMC-US) was held in Los Angeles on February 5, 2018.

Jointly held by the Consulate General of Azerbaijan in Los Angeles and the BIMC, the event was attended by foreign consuls general and honorary consuls, representatives of science and culture, journalists, members of Azerbaijani, Jewish, Muslim and other communities.

Opening the event, Consul General of Azerbaijan in Los Angeles Nasimi Aghayev talked about the ancient traditions of multiculturalism and multi-faith tolerance in Azerbaijan, noting that these well-entrenched traditions have been flourishing in the country since ages. Aghayev also stressed that people of different ethnic and religious backgrounds have been living together in peace, brotherhood and mutual respect and have openly been practicing their religions, customs and traditions for many centuries in Azerbaijan. The Consul General wished great success to the BIMC-US in their future activities.

The Acting Executive Director of the BIMC Ravan Hasanov informed the attendees about the multiculturalism policy of Azerbaijan and the activities of the Centre. He noted that the Centre was founded to study the model of multiculturalism in Azerbaijan, study global experiences in this field and promote the country’s model of harmonious and peaceful coexistence. Hasanov said that over the last 3 years, the Centre has implemented a series of projects on multiculturalism in London, Berlin, Bern, Helsinki, Rome, Jakarta, Vatican and other cities. He stressed that the BIMC has opened branches in various foreign countries such as Germany, Italy, Russia, Moldova, Portugal and Israel, and expressed his hope that the opening of a branch in the U.S. will help to promote a variety of multicultural exchanges between the two countries over the years to come.

Speaking afterwards, the Founding Executive Director of the BIMC-US Dr. Jannah Scott recalled her visits to Azerbaijan, which, she noted, gave her a great opportunity to get first-hand knowledge about Azerbaijan’s multiculturalism, diversity and multi-faith harmony and tolerance. She expressed her confidence that the BIMC-US will work hard towards promoting the shared values of multiculturalism and harmonious coexistence, especially among younger generation, and through a wide range of exchanges bring the people of both countries even closer.

In ther remarks, members of the Board of Advisors of the BIMC-US - the President and Founder of the Faith and Community Empowerment (FACE) Hyepin Im, and the Chairman of the Council of Pakistan Adnan Khan hailed the traditions of multiculturalism and tolerance in Azerbaijan and stressed the unique tolerance model of Azerbaijan as a striking example to many others in the region and beyond.

The event also featured performance of Azerbaijani and American music by renowned musicians Burak Beshir and Dimitris Mahlis, which was received with much admiration by the audience. 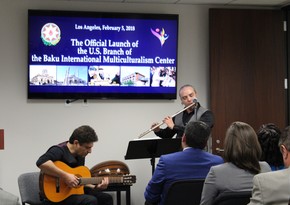 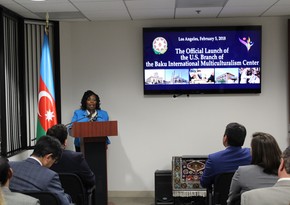 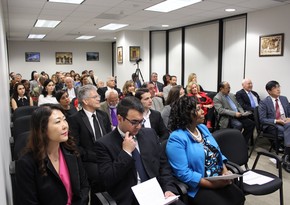 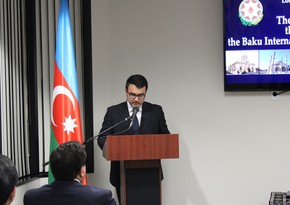 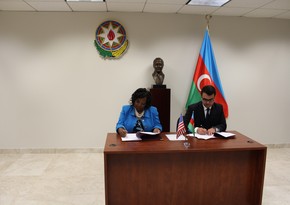 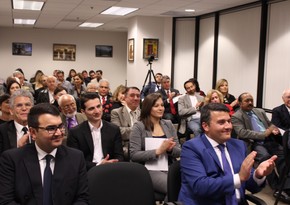 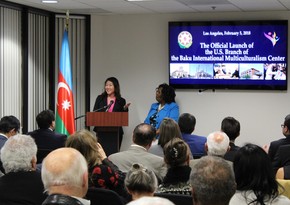 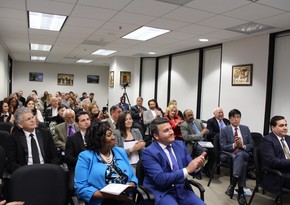 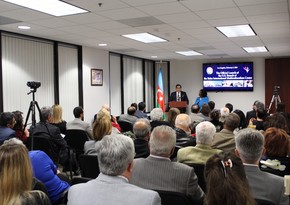 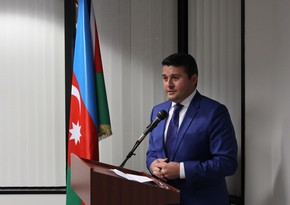