US Ambassador to Azerbaijan sends message on Victory Day

US Ambassador to Azerbaijan sends message on Victory Day "Today, we remember the lives lost from all Allied countries" 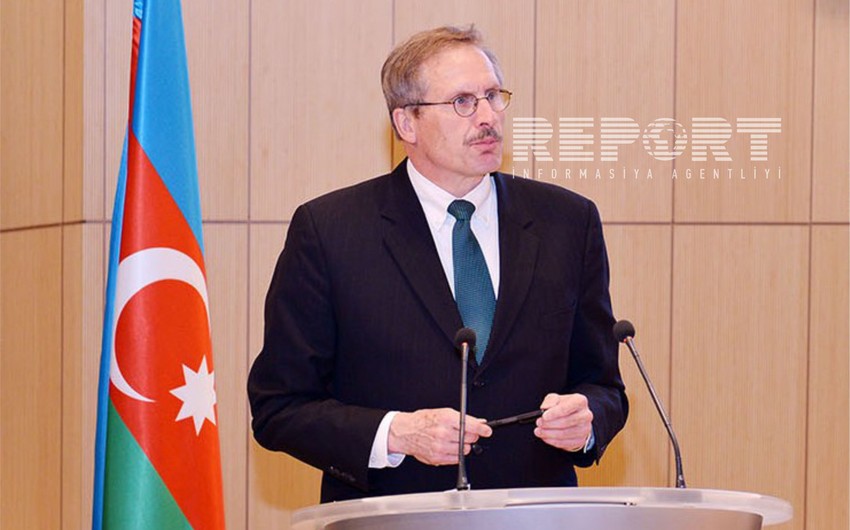 Baku. 9 May. REPORT.AZ/ US Ambassadorto Azerbaijan Robert Cekuta sent a message dedicated to Victory Day. Report was informed by the Embassy.

The message reads: "Earlier this week, I was able to attend the first showing of the new documentary film, “Target Baku: How Hitler Lost the War over Oil,” about Azerbaijan’s role in achieving the Allied victory in World War II. The film was extremely interesting, drawn from a variety of sources, and reminded me that the victory was the culmination of a full range of Allied contributions and sacrifices, including from Azerbaijan. Thinking about the events of seventy years ago and what has happened since, it is clear that Victory Day is not about a triumph of force, but rather the forging of a transatlantic community and the creation of shared institutions that brought an unprecedented era of peace, prosperity, and stability to Europe. The United States deeply values those ties and shared ideals and remains fully committed to the future of that relationship. Today we remember the lives lost from all Allied countries and the great things our parents and grandparents did in the face of tremendous threats and challenges, including the former Soviet states that are now sovereign members of the transatlantic community."