UNFPA observes 25 th anniversary of its operations in Azerbaijan 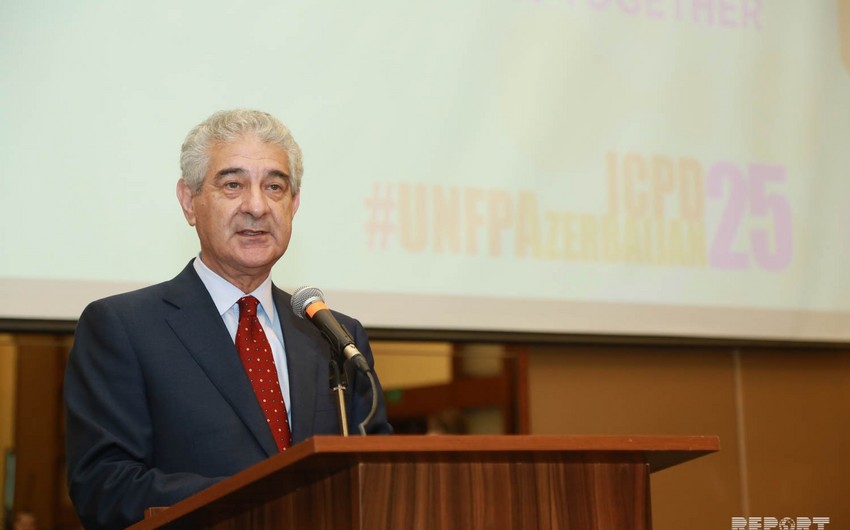 The UN Population Fund (UNFPA), a leading UN sexual and reproductive health agency, observes 25th anniversary of its operations in the Republic of Azerbaijan. On this occassion, the UNFPA’s country office organized an official reception in Baku, Report informs.

UNFPA’s partner institutions, supporting and contributing to its activity over the past 25 years in Azerbaijan, including high-ranking officials from the government and its authorities, embassies and international organizations, businessmen as well as civil society and media representatives attended the event.

The reception was inaugurated by the Deputy Prime Minister of Azerbaijan Republic Mr. Ali Ahmadov, who pointed out the history of successful cooperation between the Azerbaijani government and the UNFPA. Highlighting the significant support rendered by the Fund, Mr. Ahmadov commended the UNFPA for its efforts aimed at provision of the government with the evidence-based data on demographic and population matters.

“Within 25 years of partnership with Azerbaijani Government, UNFPA joined efforts with the civil society organizations, private sector, bilateral and multilateral partners to accelerate progress on the International Conference on Population and Development (ICPD) agenda in Azerbaijan through contribution to the national development priorities,” Ghulam Isaczai, the UN Resident Coordinator in Azerbaijan, said in his opening speech.

The event’s keynote speaker, UNFPA’s country director for Azerbaijan Mr. Karl Kulessa stressed the importance of the ICPD Programme of Action, a principal framework for the UNFPA’s activities around the world, adopted at the International Conference for Population and Development back in 1994 in Cairo, Egypt. He called upon all interested parties locally and internationally to collaborate more closely to achieve the goals of this programme which will be the main topic of the upcoming ICPD25 Nairobi Summit to take place in the capital city of Kenya in November this year.

During the reception, the UNFPA Azerbaijan country office expressed its special gratitude to a list of its partners for an efficient and fruitful cooperation over the past period.

The United Nations Population Fund (UNFPA) works to deliver a world where every pregnancy is wanted, every childbirth is safe and every young person’s potential is fulfilled. Throughout 25 years of its operations in the Republic of Azerbaijan, the UNFPA, in cooperation with its counterparties from the government, business and civil society, has implemented numerous successful projects and campaigns aimed at ensuring sexual and reproductive rights of the population, family planning, elimination of gender-based violence and gender-biased sex selection, women empowerment, demographic and population development, youth engagement and etc. 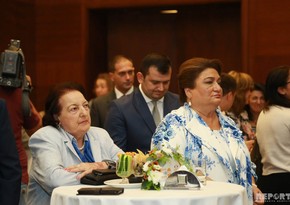 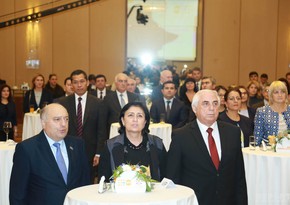 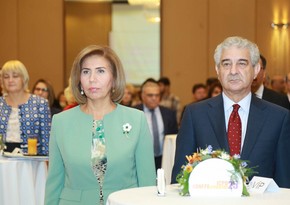 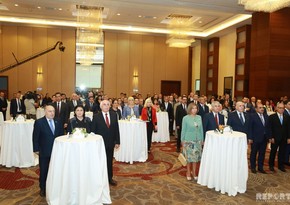 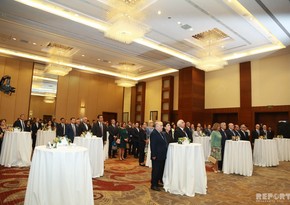 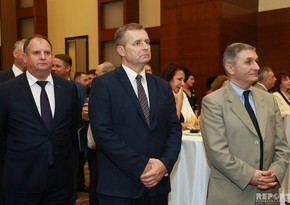 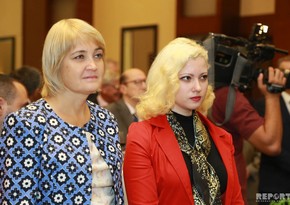 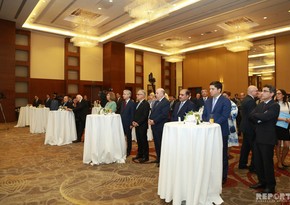