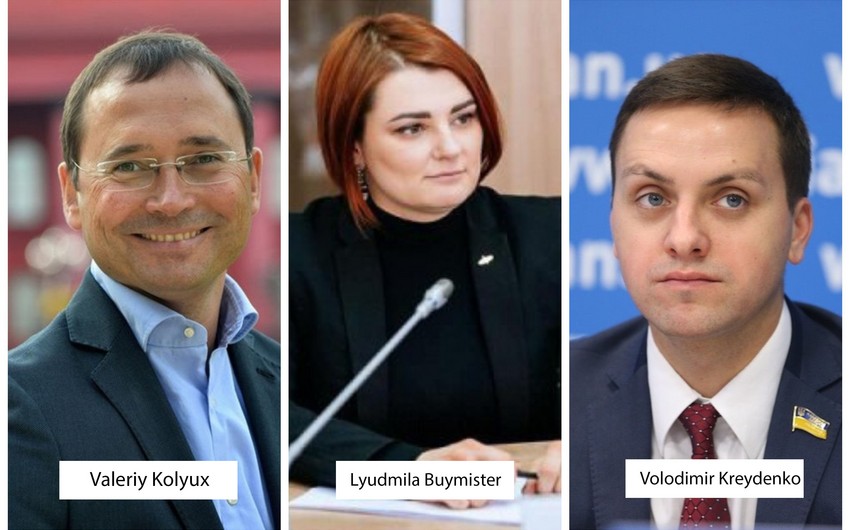 "During the 44-day war last year, Azerbaijanis showed heroism and liberated their territories from occupation. Thus, the world has entered a new era: a period in which it is possible to resolve the frozen conflicts that have paralyzed post-Soviet countries for years. Because some of the most dangerous and unpredictable conflicts occur in hotbeds of conflict called frozen," members of the Verkhovna Rada of Ukraine Valeriy Kolyukh, Volodymyr Kreydenko, and Lyudmila Buymister told Report.

"Unfortunately, this new term only brought chaos to Karabakh, Transnistria, Abkhazia, South Ossetia, and the Donbas. In Ukraine (Donbas), the conflict is still unresolved. The Azerbaijani state put an end to it. By restoring its territorial integrity, Azerbaijan has ensured the implementation of the requirements of four UN Security Council resolutions, the Declaration of the Council of Europe, and, in general, the norms of international law. Despite the terrible losses among the civilian population and the rocket attacks, the people and the state of Azerbaijan courageously restored justice. This was one of several examples of the settlement of frozen conflicts in the post-Soviet space. Today we remember with deep respect the memory of our brothers who died for the territorial integrity of both Ukraine and Azerbaijan! We will never forget these great people who sacrificed their lives for the sake of victory and their children's future. November 8 - Victory Day is an honorable event achieved at the cost of their blood and will never be forgotten. We congratulate the people and the President of Azerbaijan on this victory!"