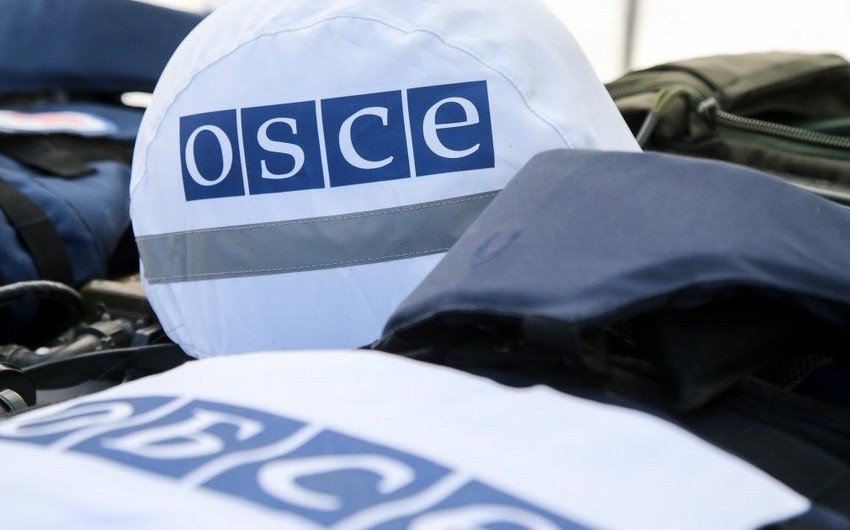 Ukraine has expressed concern that the OSCE Special Monitoring Mission (SMM) will stop operating in Donbas from April 1, Report informs referring to Caliber.az.

The question of whether the mandate of the mission operating in the conflict zone since March 2014 will be extended is under discussion. Meanwhile, an exacerbation is being recorded in Donbas. Kyiv is still trying to resolve all issues through negotiations.

It was earlier reported that Armenia had blocked the process of adopting the budget of the OSCE, as well as the OSCE SMM in Ukraine.

By taking such a step, Yerevan dealt a tangible blow to the prestige and functionality of the entire organization. In addition, it demonstrated a hostile attitude towards Kyiv.

The Verkhovna Rada (parliament) of Ukraine will probably pay attention to another problem - the end of the mandate of the OSCE mission operating in Donbas on March 31. Its activity was extended annually by one year. Now is the time to make a decision again. Recently, the Ukrainian Foreign Ministry has reported that problems arose with this, since all OSCE decisions are taken by consensus, and there is no unity of opinion in the organization.

“Already in the beginning of April, the OSCE may lose its key tool for helping to resolve the Russian-Ukrainian armed conflict,” the Foreign Ministry said in a statement. The ministry came to the conclusion that without the OSCE mission, “the implementation of the provisions of the agreements reached in the Normandy format and on the Minsk platform, dedicated to ensuring security, will be critically complicated.”

Earlier, Ukraine proposed to reformat the OSCE’s operation in the conflict zone: instead of the current civilian observers, police patrols with peacekeeping functions could be sent to the region. However, this idea didn’t find support. Now, because of Armenia’s actions, the operation of the observation mission is under question.

Previously, Ambassador Yevhenii Tsymbaliuk, Permanent Representative of Ukraine to the International Organizations in Vienna, explained to Ukrinform news agency why the OSCE’s work in Donbas is so important: “… we have no other mission. We don’t have a peacekeeping mission under the auspices of the UN, the EU, or NATO. The only international presence is the OSCE SMM. Therefore, the continuation of the mission’s operation is very important for us.”

Now Ukrainian officials add to the words of Tsymbaliuk that without the OSCE mission, a situation may arise when Russian troops will enter the territories not controlled by Ukraine against the background of the aggravation. Since Kyiv is against this, it would lead to a conflict on a larger scale.