TV Program on rising antisemitism in Armenia broadcasted in US 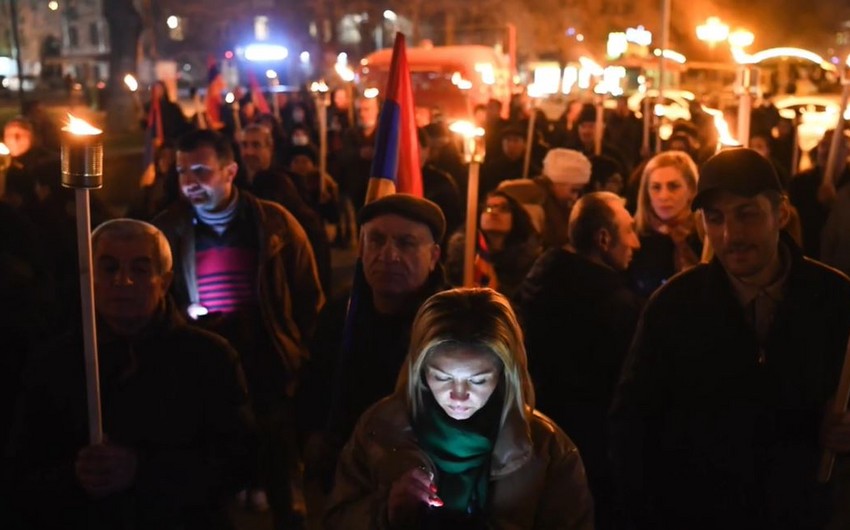 A TV program on rising antisemitism in Armenia was aired on March 11 as part of the show “The Contreras Report” by the well-known American journalist Raoul Lowery Contreras.

Contreras has authored books titled “Murder in the Mountains: War Crime in Khojaly and the Nagorno-Karabakh Conflict” and “The Armenian Lobby and U.S. Foreign Policy”, both published in California. He also published many articles on Azerbaijan and the region.

Contreras underlines that antisemitism in Armenia was further aggravated by some conspiracy theories emerging in the 1960s and 70s, disseminated by Armenian historians claiming that Zionist Jews played a significant role in the planning and implementation of the so-called “Armenian Genocide of 1915”. He continues to say that various nationalist forces in Armenia promote this ridiculous conspiracy theory to this day. In this regard, the journalist presents a short video statement by one of Armenia’s Neo-Nazi movement activists, which recently held a Nazi-style torch-lit march in Yerevan.

Raoul Contreras notes that according to a recent study published by the American Jewish magazine  FORWARD, there are currently 22 Nazi monuments in Armenia, and mentions that all of them are dedicated to Garegin Nzhdeh, an Armenian Nazi collaborator who is today Armenia’s most revered national hero. He states that Armenian Nazi collaborators, such as Garegin Nzhdeh and Drsatamat Kanayan, are being glorified in Armenia and that statues, memorials, streets, squares, etc., are named after them. He also talks about a racist Dashnak movement called Tseghakronism, founded by Garegin Nzhdeh, echoing Aryan supremacy theories of the Nazis and advocating for an “Armenian Master Race”.

The journalist highlights that the descendants of this pro-Holocaust group are organized today in the Armenian National Committee of America (ANCA) and Armenian Youth Federation (AYF),  radical U.S.-based groups, which function under the Armenian Revolutionary Federation (also known as Dashnaks).