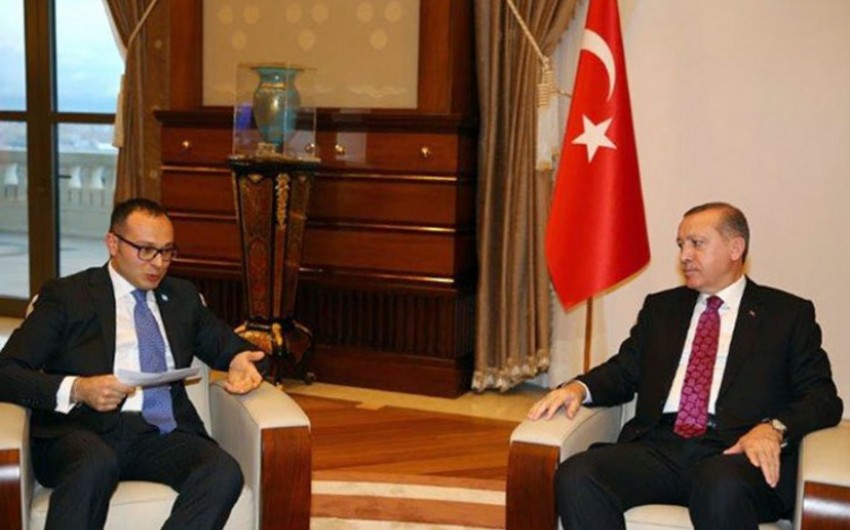 Baku. 30 December. REPORT.AZ/President of Turkey, Chairman of Cooperation Council of Turkic Speaking States (CCTS) Recep Tayyip Erdogan received CCTS Secretary General Ramil Hasanov. Report informs referring to AzerTAg, Ramil Hasanov spoke about the activity of CCTS and informed about the preparatory work for V summit of the organization to be held in Astana in 2015. The Secretary-General noted that the heads of non-member states of the organization were also invited to the summit. President Recep Tayyip Erdogan stated that the strengthening of the Cooperation Council of Turkic-speaking countries is the significant stimulus to strengthening of their positions in the international organizations. The head of Turkish state praised the establishment of relations with Islamic Cooperation organizations, as well as, the opening of the first foreign representation office of the Council's member states in Kiev.

In the end, the Secretary-General Ramil Hasanov presented the flag of CCTS to President Recep Tayyip Erdogan.