Turkish ambassador: "With joint steps we destroyed FETO in Azerbaijan"

Turkish ambassador: "With joint steps we destroyed FETO in Azerbaijan" "This terrorist organization has taken all the immoral steps"
929 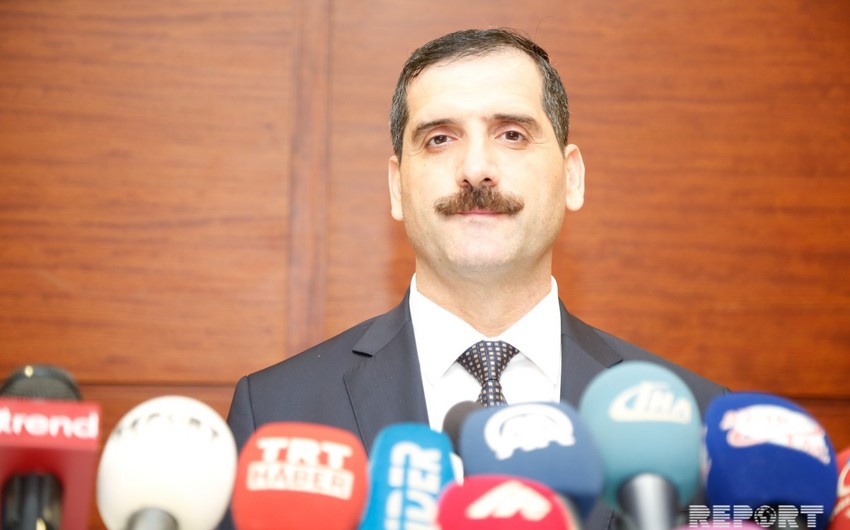 Baku. 13 July. REPORT.AZ/ "On July 15, 2016, Turkey experienced one of the most difficult days. On that day, a coup attempt was made, and they received a reply. The nation struggled against terrorists and took to the streets.

Report informs, Turkey's ambassador to Azerbaijan Erkan Özoral said at a press conference on the second anniversary of the coup attempt in Turkey.

The diplomat reminded that Turkey had 250 martyrs on that day: “Such events became a lesson. We try to prevent such events from happening again. Fethullahist Terror Organization (FETÖ) tried to seize the government. But they did not achieve it. Their attempts could not remain indifferent. "

E. Özoral said 661 people were sentenced to life in Turkey on this case: “An investigation is underway on 101 cases. Such steps in the legal state are normal.In addition, 180,000 people have been dismissed from their posts”.

This terrorist organization has taken all the immoral steps: “There is a very serious fight against terrorism in Turkey.

Such incident cannot happen in Turkey anymore. We also fight against FETÖ in foreign countries. For this purpose their educational centers have been closed in 30 countries.

He said that Azerbaijan supported Turkey in this regard: “Therefore, I would like to express my gratitude to the President of Azerbaijan, including heads of government agencies. With joint steps we destroyed FETO in Azerbaijan”.