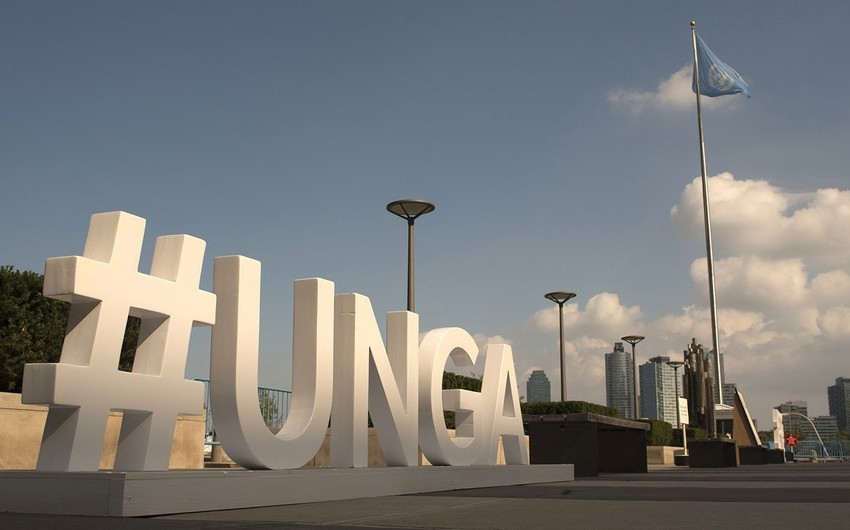 Baku. 25 September. REPORT.AZ/ Today UN headquarters will host a general in the framework of the 73rd session of the General Assembly in New York. Report informs citing UN press service that more than 120 heads of state and government, as well as foreign ministers and heads of delegations of other ranks will speak to its participants.

Before the general debate, the UN Secretary-General will present his annual report on the work of the organization.

In accordance with a long tradition, present presidents of Brazil and US, Michel Temer and Donald Trump will address first from the tribune of the General Assembly on September 25 .

President of Ecuador Lenin Moreno Garces, who will speak after Trump and then Turkish President Recep Tayyip Erdoğan will adress to the participants.

The presidents of Rwanda, Mexico, France, the Republic of Seychelles, Peru, Iran and Finland are also on the list of speakers for today. Croatia, Togo and the Republic of South Africa, as well as the king of Jordan and the Emir of Qatar are also on the list. Presidents of Egypt and Kyrgyzstan, as well as the Prime Minister of Armenia are among the speakers in the second half of the day.

On Tuesday this week, Days of international treaties will start at the UN headquarters in New York on the sidelines of the General political discussion of the UN General Assembly. UN member States can use this opportunity to join multilateral international agreements.

The general political discussion will end on 1 October.