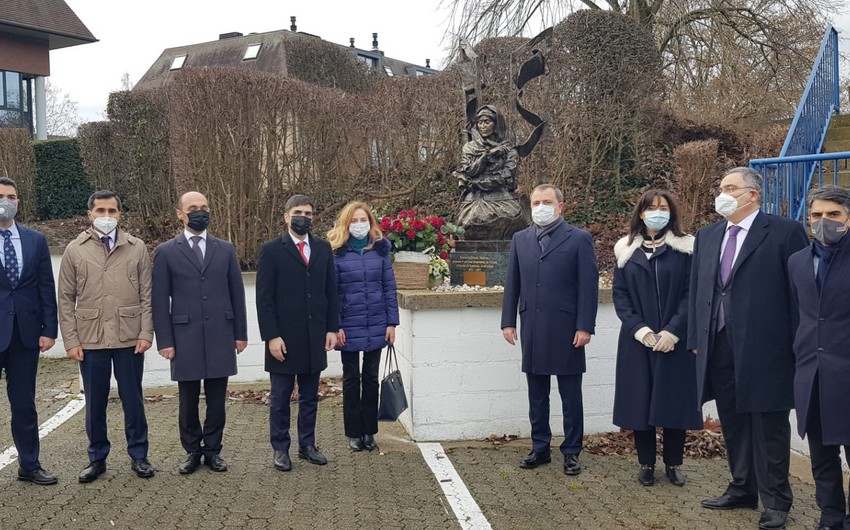 As part of a working visit to Belgium, Foreign Minister of Azerbaijan Jeyhun Bayramov visited the monument to prominent Azerbaijani poet Khurshidbanu Natavan in Waterloo and laid flowers at the memorial.

Report informs referring to the Foreign Ministry.
The monument to Azerbaijani poet Khurshidbanu Natavan is included in the list of protected historical monuments of Waterloo.

Notably, a great literary figure, Khurshidbanu Natavan, the daughter of Mehdi Gulu-khan, the last ruler of the Karabakh khanate, is considered one of the best lyrical poets of Azerbaijan. The legendary poetess was a great example of intelligence, aristocracy, philanthropy, and classic poetry.

Known as a prominent educator of her time, public figure, philanthropist, she won nationwide love. The legendary poetess left a deep trace in the country's cultural and public life. 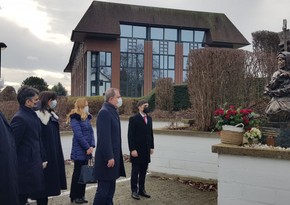 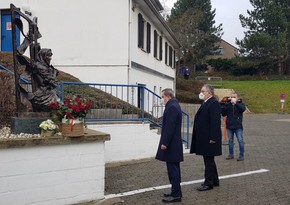