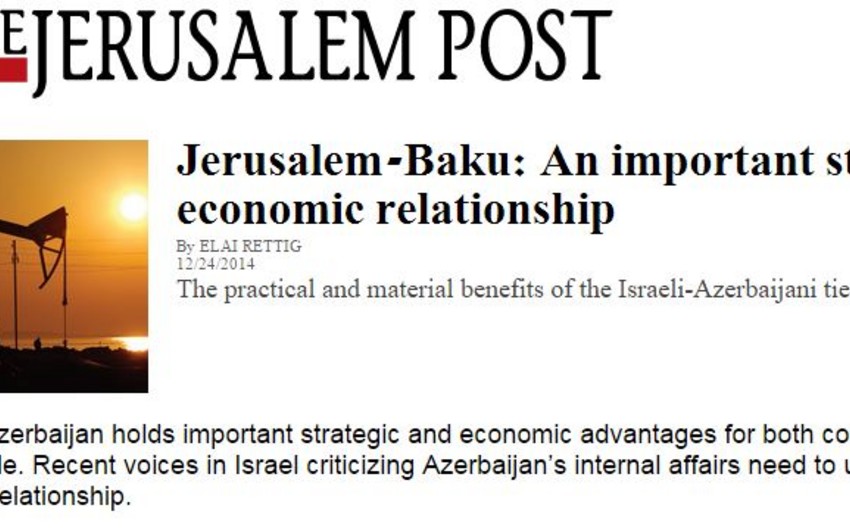 Yair Auron’s gross misrepresentation of Azerbaijan’s conflict with Armenia in Haaretz, along with Anshel Pfeffer and Yossi Melman’s narrow criticism of human rights issues in Azerbaijan in The Jerusalem Post, signifies a misunderstanding not only of the economic and strategic significance that the Israeli-Azerbaijani relationship holds for both sides, but also of this relationship’s significance to the further advancement of Western values in the region.

Trade of goods between the two countries is on the rise and is modestly assessed to be worth around $125 million annually. An even more important aspect to this relationship is that of energy.

Many Israelis, plagued by the memory of the Arab oil embargo against Israel in 1973, are not at all aware that over 40 percent of their oil imports stem from Azerbaijan. For a country completely disconnected from its neighbors’ infrastructure, this oil trade serves as an important lifeline for Israeli energy security concerns. Israel is Azerbaijan’s sixth largest customer for oil, with exports reaching over $2.5b. a year in revenue.

In the near future, Azerbaijan is also poised to play an important role in Europe’s energy market, as a new major gas pipeline (the “Southern Gas Corridor”) is in the works to transport natural gas from Azerbaijan’s Shah-Deniz field in the Caspian Sea to Italy. Israel has the opportunity to potentially tap into that line and sell its own natural gas to European markets from its offshore Leviathan field.

In a much broader strategic view, Azerbaijan is one of the few Muslim- majority states that actively cooperate and trade with Israel, and one of its few friends in the region.

Azerbaijan is a culturally unique state in the region. It is considered a secular state that offers freedom of religion to its citizens and a complete separation of religion and state. It is in fact one of the few places where Jews have never been persecuted for their faith, with some Jewish communities still active in the north of the country. Azerbaijan also actively promotes and protects women’s rights, and was one of the first countries in the world to give equal voting rights to women (even before the US and most of Europe).

Taking these considerations into account, it is short-sighted to view the Israeli-Azerbaijani relationship through a purely economic lens, or to call for its end. Those who understand the full complexity of the Jerusalem-Baku line may wish to further promote this rare friendship in a generally hostile region for Israel, rather than impede it.” 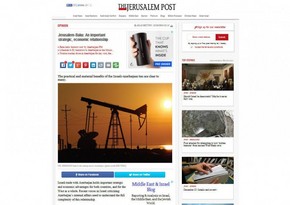