Russian Embassy thanks Azerbaijan for condolences over Kemerovo tragedy 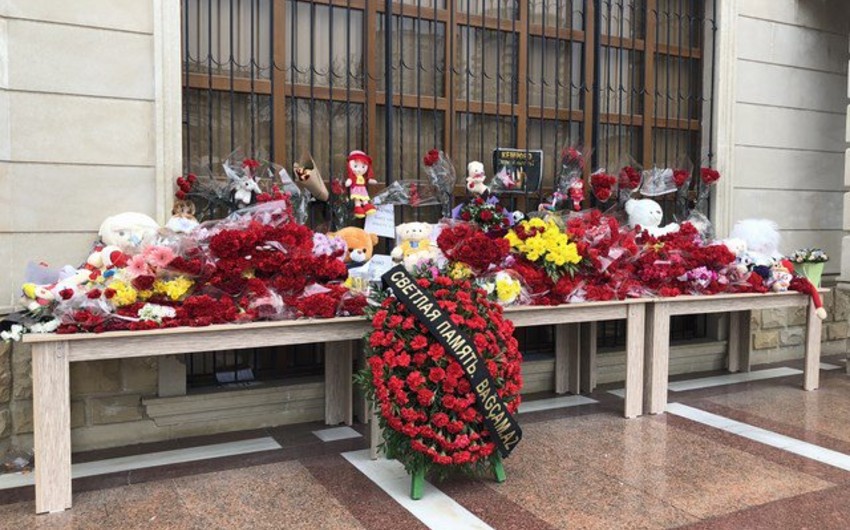 Baku. 30 March. REPORT.AZ/ The Russian Embassy thanked Azerbaijani public and the authorities for condolences in connection with the tragedy in the shopping and entertainment center "Winter Cherry" in the city of Kemerovo, Report informs citing the website of the Russian diplomatic mission.

"The Embassy thanks representatives of the Azerbaijani Government, heads and staff of diplomatic missions, public organizations, compatriots, all those who expressed condolences in connection with the tragedy in the shopping and entertainment center" Winter Cherry "in Kemerovo and shared our sorrow," the report says.

Notably, on March 28, the First Vice-President of Azerbaijan Mehriban Aliyeva has visited Russian Embassy and expressed her condolences in connection with the numerous victims of the tragedy in Kemerovo.

Notably, fire in the four-story shopping center "Winter Cherry" in Kemerovo occurred on March 25. According to the latest information, 64 people were killed, including 41 children.