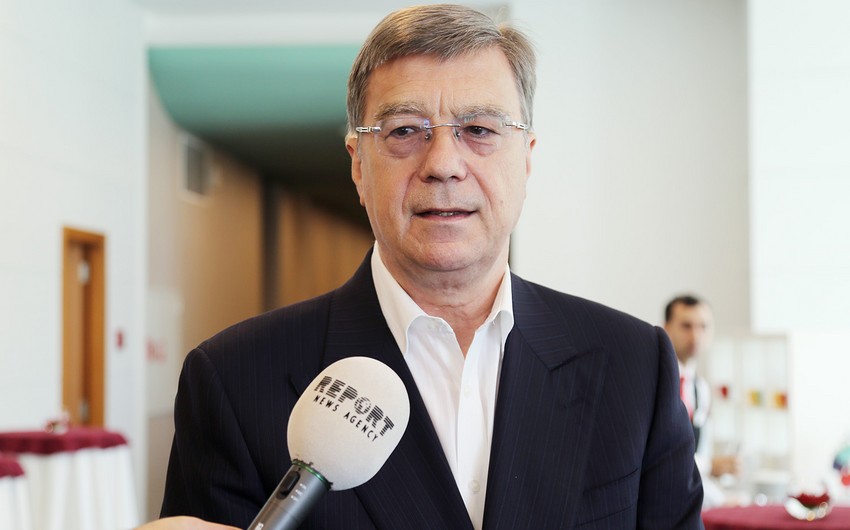 Baku. 30 May.REPORT.AZ/ 'The Russian community in Azerbaijan is an isle of tranquility and well-being', Russian Ambassador to Azerbaijan Vladimir Dorokhin said, Report informs.

According to him, Azerbaijan carries out works to preserve traditions and cultures of different nations: 'Russian-speaking organizations receive state support. Russia is interested in Russians, living in Azerbaijan, to fully realize their potential.

V.Dorokhin stressed that unlike other countries, stand of Russian-speaking community and the Diaspora in Azerbaijan 'doesn't separate us, on the contrary, joins': 'In this country, there is no need for us to fight for political rights of our citizens, to make efforts to teach Russian language to solve their problems. Everything is solved in a best way here. We work only positively to use this potential for the development of the Azerbaijani-Russian relations, in which we and Baku interested in'.

In his speech, the ambassador said that Azerbaijan does not imagine its future without cooperation with Russia.