Erdoğan: The role of organizations such as the Turkic Council has increased in world politics 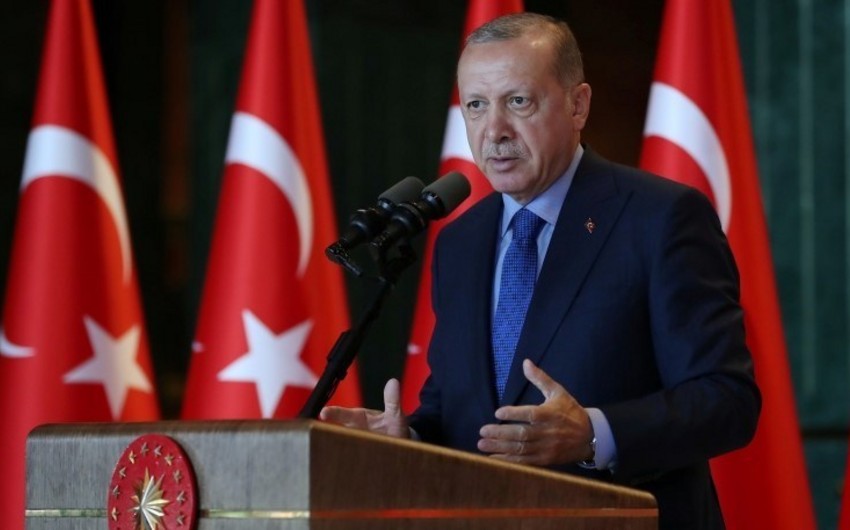 "We see the increasing role of organizations such as the Cooperation Council of Turkic Speaking States in world politics," Turkish President Recep Tayyip Erdoğan said.

Report informs that he spoke at the 7th Summit of the Cooperation Council of Turkic Speaking States (Turkic Council) in Baku.

"We want the Turkic Council to be granted observer status at the Organization of the Islamic Conference and the UN. We will assist in removing the sanctions imposed on Turkish Cypriots. We expect Turkmenistan to be among us in the next meeting. Including Turkmenistan, we are the six states, but one nation," Erdoğan said.