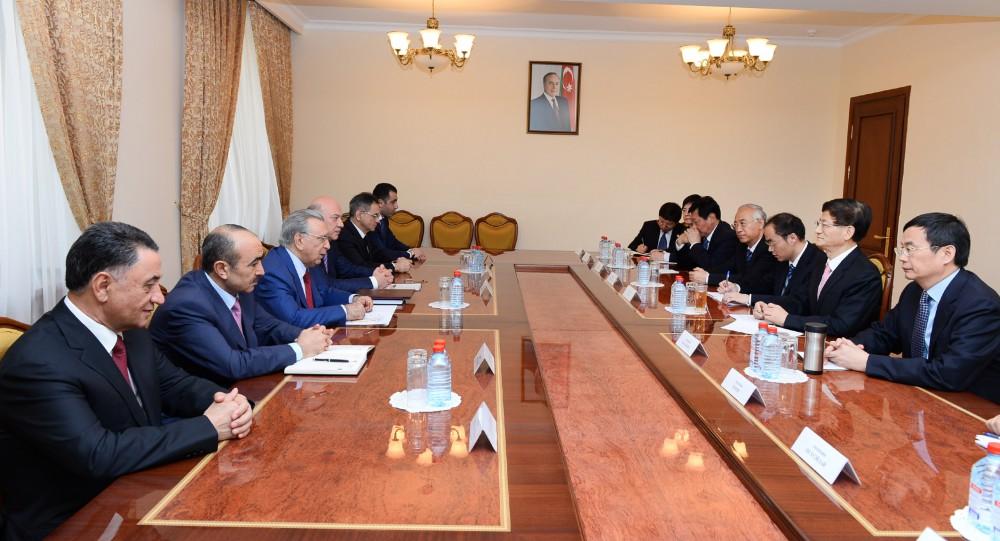 Baku. 23 May. REPORT.AZ/ "Azerbaijan and China enjoy excellent relations, and bilateral ties are developing successfully in a variety of fields," said head of the Azerbaijani President's Administration Ramiz Mehdiyev as he met with special envoy of the President of the People's Republic of China, member of the Politburo of the Communist Party, Secretary of the party`s Central Political and Legal Affairs Commission Meng Jianzhu.

Report informs, recalling Azerbaijani President Ilham Aliyev's four visits to China, the head of the Presidential Administration hailed the activities of Azerbaijan-China Intergovernmental Commission on trade and economic cooperation. He underlined the development of the interparliamentary relations between the two countries.

Special envoy of the Chinese President Meng Jianzhu praised bilateral relations, and highlighted prospects for cooperation between the two countries.

He said that the people of China had great respect for national leader Heydar Aliyev and President Ilham Aliyev.

The sides noted that close relationship between the two countries' heads of state, as well as the historical and friendly relations between the two nations contributed to the deepening of cooperation.

They also exchanged views over the prospects for cooperation between the Central Political and Legal Affairs Commission of the Communist Party of China and the Security Council of Azerbaijan, as well as between the two countries' law enforcement agencies. 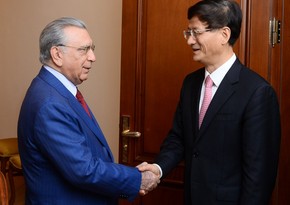