​Putin: Russia is interested in expanding cooperation with Azerbaijan

​Putin: Russia is interested in expanding cooperation with Azerbaijan Presidents of Azerbaijan and Russia held a meeting in Baku 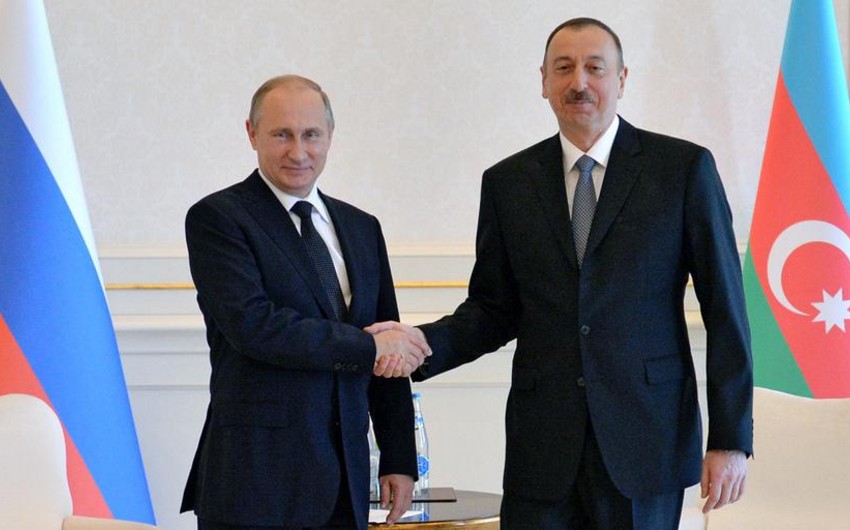 Baku. 13 June. REPORT.AZ/ Russia is interested in expanding cooperation with Azerbaijani entrepreneurs, including in the food market. Report informs citing RIA Novosti, this was said by the Russian President Vladimir Putin.

"I share your opinion about the level and nature of our inter-state relations. I would like to stress that, in spite of all the turbulence in the economy, the trade turnover between our countries is growing," - Mr. Putin said at a meeting with Azerbaijani President Ilham Aliyev.

Russian President recalled that last year the trade turnover between Azerbaijan and Russia increased by more than 12 percent, and for the I quarter of this year it grew by nearly 6%.

"This fact shows that Azerbaijani entrepreneurs adapt to the situation emerging in our markets, including the food market. And we are very happy with this fact" - said Putin.

The Russian president also added: "Moreover, we are interested in expansion of our cooperation".

The Head of State stressed that Moscow and Baku are making great efforts to ensure that diversification of bilateral relations and stressed that "there are a lot of prerequisites for it."

At the beginning of the meeting, Russian President congratulated his Azerbaijani counterpart with the opening of the first European Games in Baku. "The opening ceremony of the games was an impressive spectacle, brilliant and beautiful" Putin said.