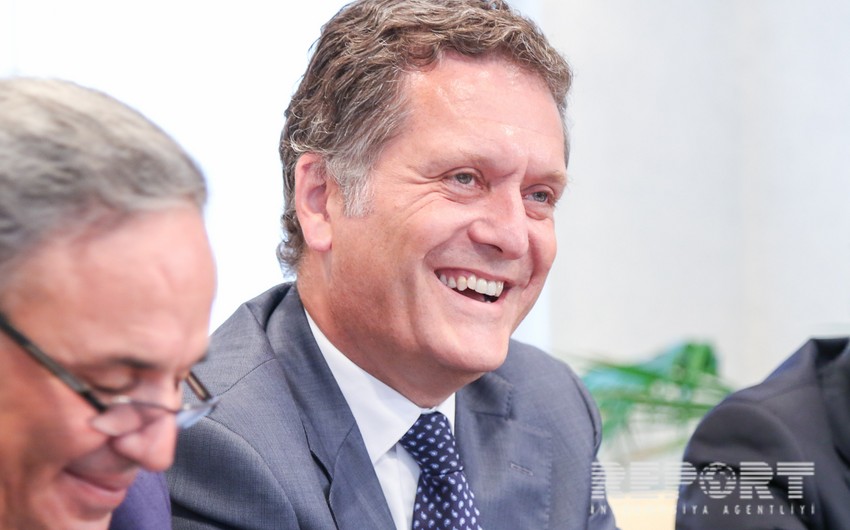 Baku. 22 September. REPORT.AZ/ A proposal has been made on Turkish and Azerbaijani joint embassies in several states.

Report informs, such an offer was made by the Turkish Ambassador to Azerbaijan Ismail Alper Coşkun, who soon will leave the country as his tenure ends in Azerbaijan.

According to him, Turkey and Azerbaijan are fraternal countries: 'Turkey will never take steps to impede Azerbaijan's interests. Turkey takes into account interests of Azerbaijan while taking any step as targets of both countries are the same. Some differences of opinion may appear. However, our opinions on general issues are the same'.

I.A.Coşkun made a proposal on Turkish and Azerbaijani joint embassies in several states: Because our targets and aims are the same'.