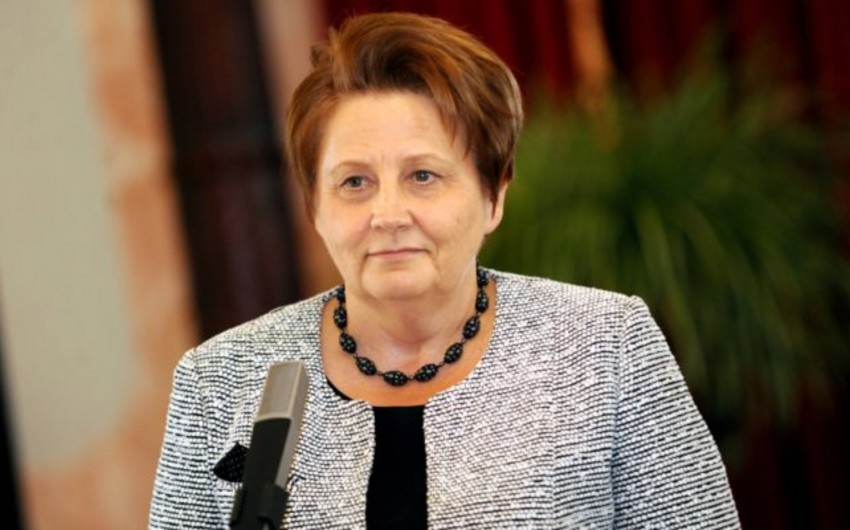 Baku. 22. REPORT.AZ/ The text of the outcome document of the summit of the agreed by the Foreign Ministers of the EU and program participants. Report informs, the Prime Minister of Latvia Laimdota Straujuma, arriving at the summit stated to journalists today.

The Prime Minister expressed hope for the successful completion of the Summit, noting that, as yesterday the foreign ministers said, the text of the final resolution was agreed.

L. Straujuma said that, the summit will discuss issues such as migration, mobility, economic and trade relations.

"The Eastern Partnership is designed to co-operation and is not directed against anyone", said the Prime Minister of Latvia.

The plenary session of the Fourth Summit of the Eastern Partnership opens in Riga today.

The summit will discuss the implementation of the Eastern Partnership, as well as prospects for its development.

Azerbaijan is being represented at the summit by the Deputy Head of the Presidential Administration of Azerbaijan, and Minister of Foreign Affairs .

The Eastern Partnership, launched in Prague in 2009, is aimed at rapprochement of the EU with six countries: Armenia, Azerbaijan, Georgia, Ukraine, Moldova and Belarus.