President: Pakistan intends to increase cooperation with Azerbaijan Mamnoon Hussain: "The current state of trade turnover between Azerbaijan and Pakistan does not reflect the real potential" 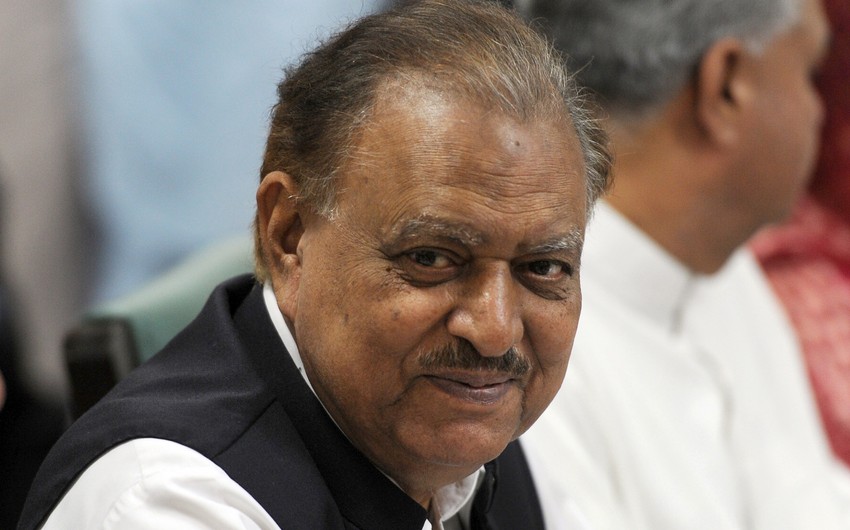 He was talking to the outgoing Ambassador of Azerbaijan Dashgin Shikarov in Islamabad on Tuesday.

Pakistani President stated that all Central Asian Republics and Pakistan should expand their cooperation in all fields for mutual benefit and progress.
He said that Central Asian Republics and Pakistan having many commonalities in culture, traditions and history could jointly play an effective and constructive role at the international forums for peace and prosperity in the region.
The President noted that the present state of bilateral trade between the two countries is not up to the existing potential and there was need to strengthen trade and investment cooperation.
The President stated that Pakistan intends to integrate the region’s trading centres through China-Pakistan Economic Corridor and provide them the shortest access to Gwadar seaport connected with the corridor.
The President appreciated that direct air links between Pakistan and Azerbaijan have been re-established through Turkish airlines which will facilitate travel, trade, tourism and people-to-people contacts.
Mamnoon Hussain expressed satisfaction at the defence and security cooperation and stated that Pakistan will continue to provide training to Azerbaijan’s armed forces and security personnel at its prestigious military institutions.
He also expressed gratitude over Azerbaijan’s support to Pakistan on the core issue of Jammu and Kashmir and said that the government and people of Pakistan are looking forward to the visit of President Ilham Aliyev to Pakistan.