President of Georgia: Azerbaijanis showed that they are our sincere friends

President of Georgia: Azerbaijanis showed that they are our sincere friends Margvelashvili: Many thanks to every friend who so graciously answered and helped us 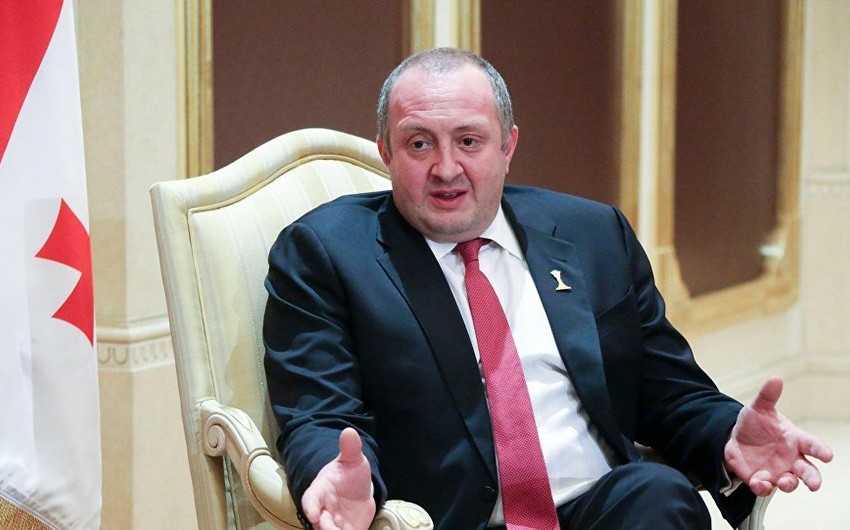 Baku. 23 August. REPORT.AZ/ "The Azerbaijanis, Turks, Belarusians showed that they are our sincere friends”.

According to him, the difficulty with extinguishing fires in the Borjomi reserve lies in the fact that several fires have arisen in the reserve.

Speaking about assistance from foreign countries, including from Azerbaijan, Margvelashvili noted that at such times it is important to support each other. Many thanks to every friend who so graciously answered and helped us", - Georgian President said.

The president said that at the moment the fire is localized, but complete suppression will take some time.

The fire in the forest near the village of Daba arose on 20 August. Firefighters are still fighting fire. The situation is complicated due to the mountainous terrain, wind and dry weather. About 400 firefighters, more than 100 rangers, 500 officers of the Department for Special Assignments of the Ministry of Internal Affairs and aviation of Georgia and Azerbaijan take part in extinguishing the fire.