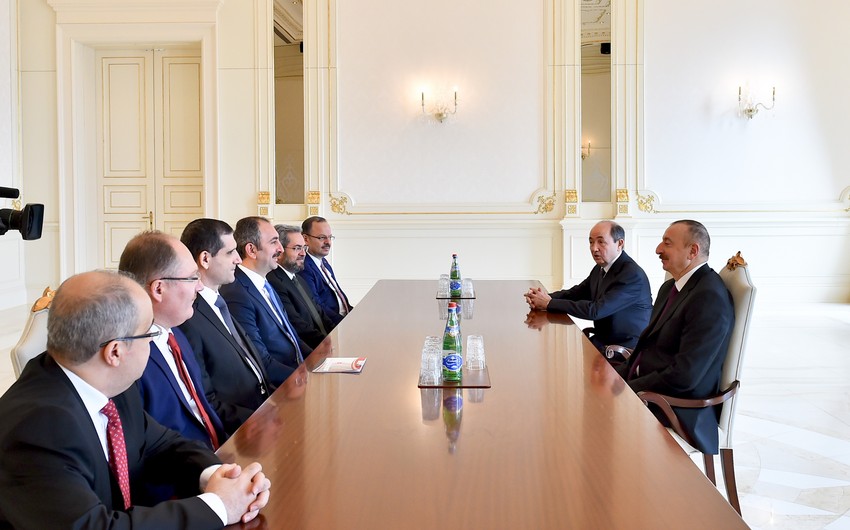 Report informs, press service of the President of Azerbaijan reported.

Abdulhamit Gül extended Turkish President Recep Tayyip Erdogan`s greetings to the head of state. Successful development of Azerbaijan-Turkey friendly and brotherly relations in all areas was emphasized at the meeting. The sides said close cooperation between law-enforcement bodies, including justice ministries, contribute to the expansion of the bilateral relations between the two countries.

The importance of reciprocal visits on all levels was stressed at the meeting, and the sides expressed confidence that the Turkish justice minister`s visit will contribute to the strengthening of cooperation between the two countries.

President Ilham Aliyev thanked for Recep Tayyip Erdogan`s greetings, and asked the minister to extend his greetings to the Turkish President.