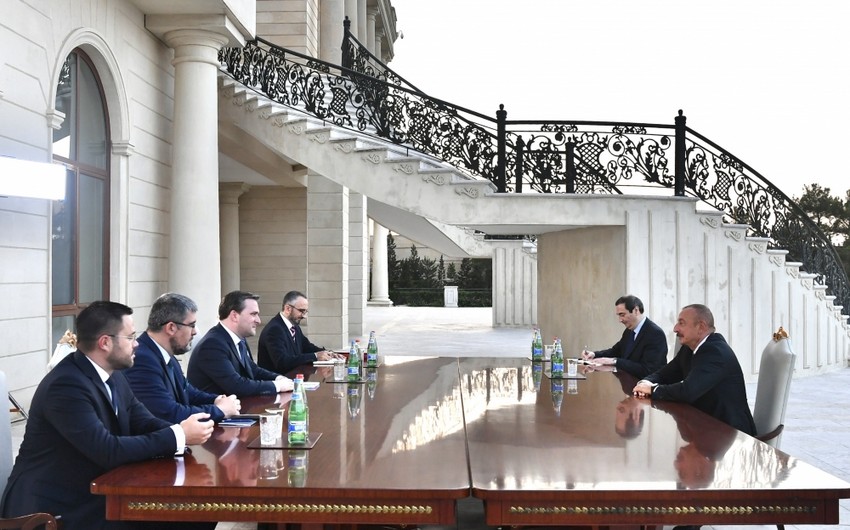 President Ilham Aliyev thanked for Aleksandar Vucic's greetings, and asked the minister to extend his greetings to the Serbian President.

The sides hailed the successful development of strategic partnership relations between the two countries, and stressed the importance of the meeting of the Intergovernmental Commission on Trade and Economic Cooperation between the Republic of Azerbaijan and the Republic of Serbia to be held in Baku in terms of expanding cooperation.

They noted that Azerbaijan and Serbia mutually support each other’s territorial integrity. The issues of economic cooperation were discussed at the meeting. President Ilham Aliyev pointed to the fact that the companies from friendly countries are involved in restoration and reconstruction work in the liberated territories. In this regard, the possibility of Serbian companies’ participation in these works in the coming years was underlined.