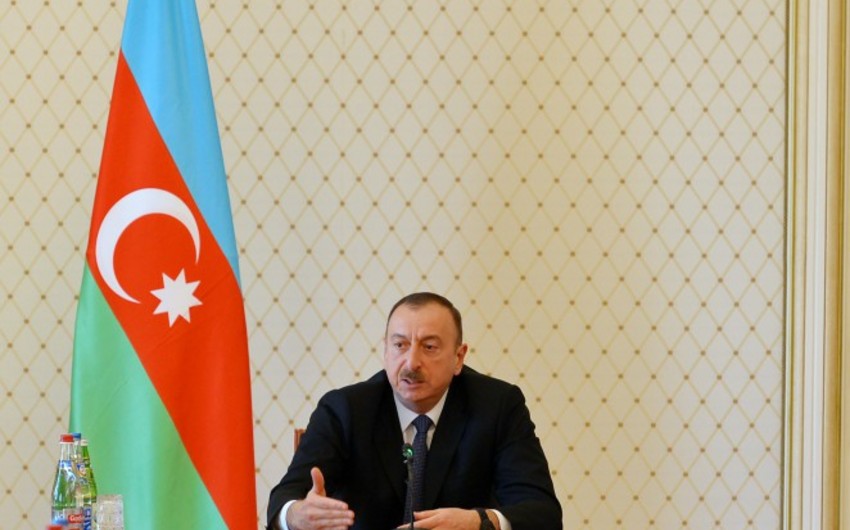 Baku. 15 September. REPORT.AZ/ President of the Republic of Azerbaijan Ilham Aliyev has today received Minister of Health of the Russian Federation Veronika Skvortsova.

Report informs, the head of state hailed the opening of the Baku branch of Sechenov First Moscow State Medical University as an important event, adding that it is second Russian leading higher education institution to start operating in the country. President Ilham Aliyev expressed his confidence that the university will provide high quality education.

Hailing Azerbaijani First Lady Mehriban Aliyeva's perfect education at Sechenov First Moscow State Medical University, the Russian Health Minister underlined that Mehriban Aliyeva graduated with honors and that documents confirming this were kept in the museum of the university.

Highlighting the importance of developing students` ability to work with patients from the first year of their study, the Health Minister said that the discussions are held to select a special clinic for this purpose. Hailing professionalism of the teaching staff, the Russian Minister said that this issue will be kept in focus.

President Ilham Aliyev said that the idea of establishing the Baku branch of Sechenov First Moscow State Medical University has been implemented successfully in a short space of time.

President Ilham Aliyev said great attention is paid to providing high-quality medical services to the population in Azerbaijan. The head of state noted the importance of establishing specialized universities of this kind in the country, adding the Azerbaijani youth are sent to various universities of the world as part of the state program on a yearly basis.

President Ilham Aliyev expressed his confidence that activity of the Baku branch of Sechenov First Moscow State Medical University will be successful.

The sides discussed the bilateral relations between Azerbaijan and the Russian Federation in various areas, including the health sector, and exchanged views on prospects for cooperation in this area.